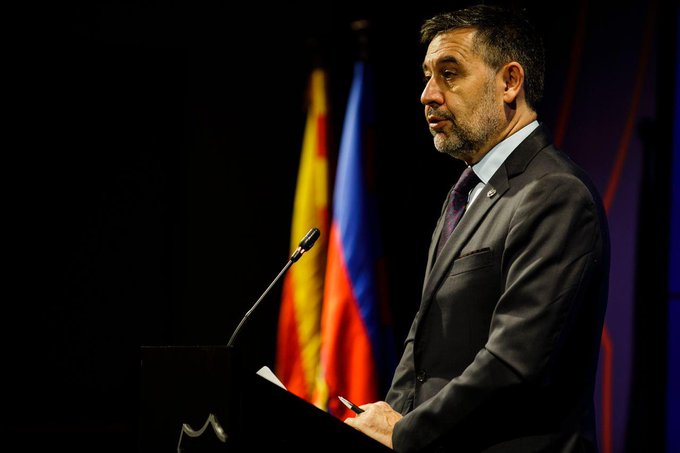 The 57-year-old chief confirmed he and the club’s entire board of directors will leave, signalling a new era for the La Liga giants and renewing hope of Messi signing a new contract to commit his long-term future to Barcelona.

But Bartomeu also used his press conference on Tuesday night to reveal ‘some extraordinary news’ about plans for a European breakaway.

Plans for a new invitation-only European Premier League were revealed last weekBarcelona have ‘accepted’ to join new European Super League, with Liverpool, Manchester United and Real Madrid said to be among the giant clubs in talks over a new mega-rich competition.

According to reports, top clubs from England, France, Germany, Italy and Spain are in negotiations over the formation of the new 18-team tournament, which already has £4.6BILLION in funding and has a provisional start date of as soon as 2022.

Described as ‘the most important development in world club football for decades’, it has been suggested the European Premier League would spell the end of the Champions League, and so it is no surprise the plans have been slammed by UEFA, while FIFA also appear to have withdrawn their support.

But Bartomeu has revealed Barcelona are the latest top side to agree to the breakaway league, insisting taking part would guarantee the ‘future financial sustainability’ of the club.

“Today I can announce a piece of news that will extraordinarily change the club’s revenue prospects for the coming years,” said the departing chief.

“The board of directors yesterday approved the acceptance of the requirements to participate in a future European super league of football clubs, a project promoted by the big clubs in Europe.

“The details of these requirements will be available to the next board of directors, and the decision on participation in this competition will have to be ratified by the next Assembly of Compromising Partners.