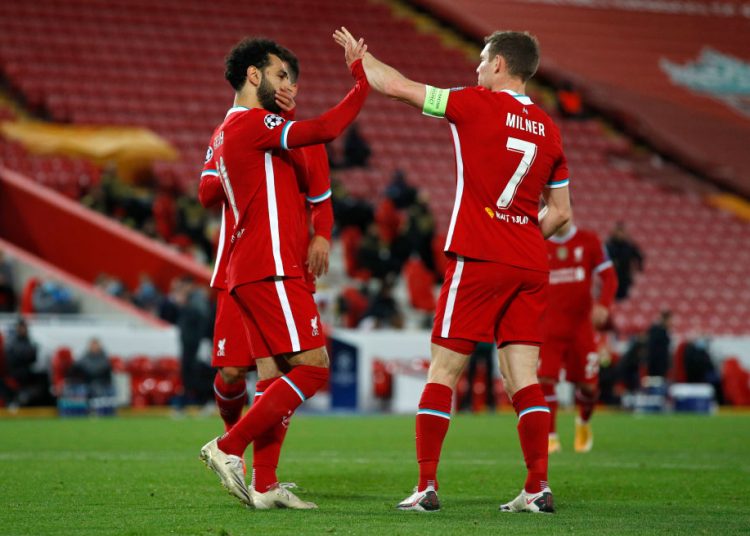 Liverpool moved two points clear at the top of Group D with victory over Champions League rookies FC Midtjylland on a night their defensive problems mounted with the loss of Fabinho to injury.

The Brazilian, who has slotted in alongside Joe Gomez in the centre of defence since the loss of Virgil van Dijk to a serious knee injury on 17 October, had to be replaced after suffering a suspected hamstring injury.

Starting without influential forwards Sadio Mane, Mohamed Salah and Roberto Firmino, Liverpool failed to register an attempt on target in the first half.

They broke the deadlock after Trent Alexander-Arnold played a neat one-two with Xherdan Shaqiri, the former teeing-up Diogo Jota to tap home in front of an empty Kop.

In the end, Liverpool finished with Salah, Mane and Firmino on the pitch, Salah doubling the lead with a stoppage-time penalty after the Egypt forward was brought down by Paulinho.

With group rivals Atalanta and Ajax drawing 2-2 in Italy, Liverpool have six points from two games, two more than second-placed Atalanta, who they visit next Tuesday.