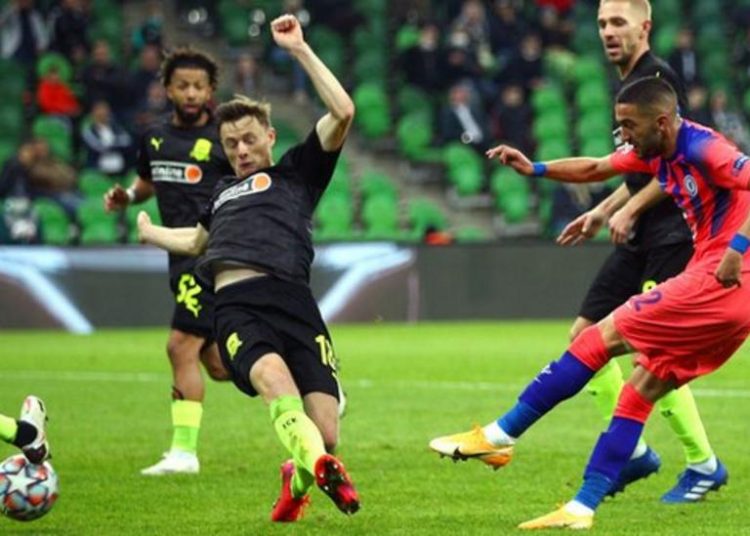 Hakim Ziyech scored his first Chelsea goal as Frank Lampard’s side picked up three points in an emphatic Champions League win in Russia.

Ziyech, 27, swept in on his first start for the club to add to goals from Callum Hudson-Odoi, Timo Werner and Christian Pulisic as Chelsea returned to goalscoring ways in style.

Back-to-back goalless draws had signalled that Lampard had made strides in sorting out his side’s defence, and while they will face tougher opposition than Russian new boys Krasnodar, the manager will be delighted that his attacking riches also kicked into gear after midfielder Jorginho had missed an early penalty.

Four points from two games is a solid start to their Champions League campaign and despite their run of draws Chelsea have now lost just once in 10 games this term.