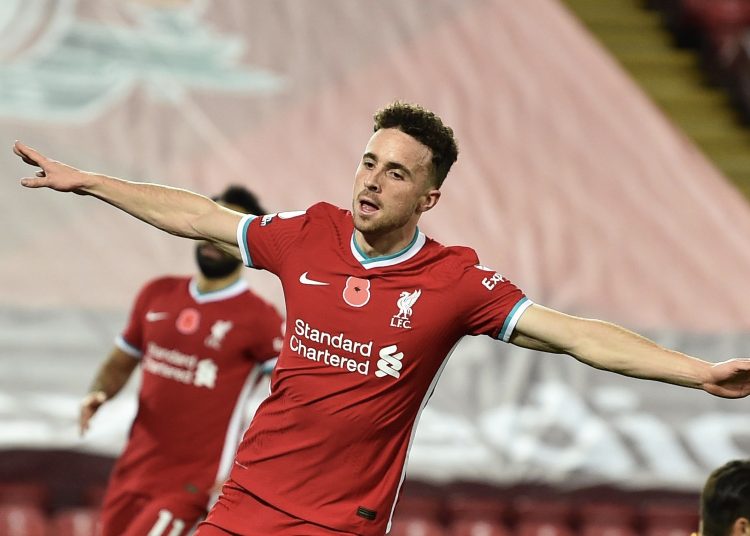 Diogo Jota’s third straight Anfield goal in the Premier League got Liverpool out of jail with a 2-1 comeback victory against a stubborn West Ham.

For the third time in four Premier League games at Anfield this season champions Liverpool conceded first, as Pablo Fornals capitalised on a sloppy Joe Gomez clearance to guide in off the post from 12 yards.

But Liverpool’s leveller was equally as cheap as Arthur Masuaku’s needless nibble on Mo Salah in the box earned the hosts a penalty, which Salah duly converted.

Liverpool huffed and puffed as sub Jota saw his rebounded effort chalked off by VAR for Sadio Mane’s foul on Angelo Ogbonna, but Jota got his chance again and converted fellow sub Xherdan Shaqiri’s brilliant through ball to give Liverpool the win.

The win, helped over the line by a man-of-the-match performance from debutant Nat Phillips at centre-back, means Liverpool are now 63 top-flight games unbeaten at home, equalling their record from 1978 to 1980.