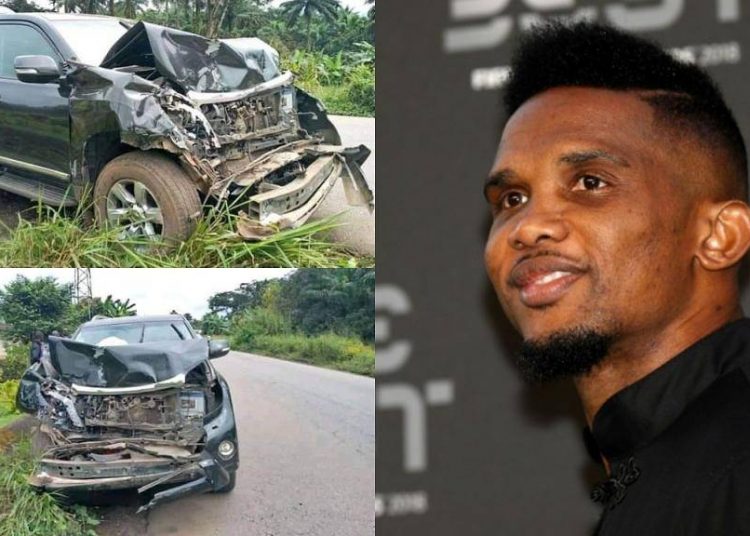 Barcelona and Inter Milan legend, Samuel Eto’o has been hospitalized after he was involved in a road accident around the Nkongsamba-Douala road in Cameroon.

Eto’o was said to be returning from a wedding when his vehicle was hit by public transport on Sunday morning.

Although his car was badly damaged, the 39-year-old survived and was immediately sent to a hospital where he is reportedly in a stable condition.

“The crushed car Samuel Eto’o was in. I can confirm that he is fine, we spoke again. Doctors taking care of additional examinations,” a Cameroonian journalist tweeted.

Samuel Eto’o who is a special adviser to CAF President, Ahmad Ahmad, hanged his boots in September 2019 after an illustrious career that spanned 22 years.

The Cameroonian had an awesome career where he played for clubs like  Real Madrid, Barcelona, Inter Milan, Chelsea, and Everton.

Eto’o is also the all-time top scorer for Cameroon, scoring 56 goals, and he is the second-most capped player for his country.

He won two Africa Cup of Nations with his country and also won an Olympic Gold medal at the 2000 Summer Olympics in Australia.