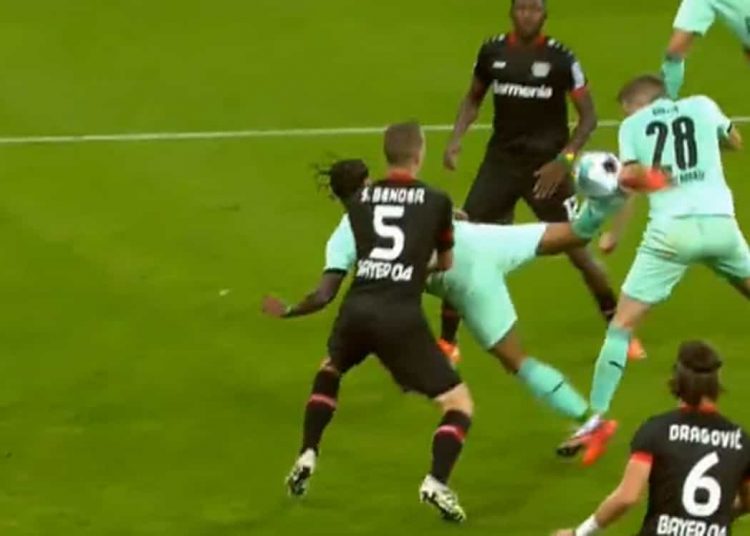 It may not be a match-winning goal, but Valentino Lazaro’s incredible scorpion kick is definitely a Puskás award contender.

Borussia Mönchengladbach were trailing 4-2 to Bayer Leverkusen at the Bay Arena when Patrick Hermann lifted a cross from the right flanks, but it was behind his targets in the penalty area.

The miscued pass did not matter to Lazaro, who improvised by catching the ball with his right foot while falling forward to stump the ball past Lukas Hradecky.

His goal is a replica of what Olivier Giroud produced for Arsenal in 2017 against Crystal Palace and Henrikh Mkhitaryan’s in 2016 against Sunderland on Boxing Day.

Despite the stunning strike, it was too little too late for Gladbach who suffered their second defeat of the season and sit seventh in the German Bundesliga.

We can win AFCON with C.K Akonnor – Samuel Owusu

We can win AFCON with C.K Akonnor - Samuel Owusu