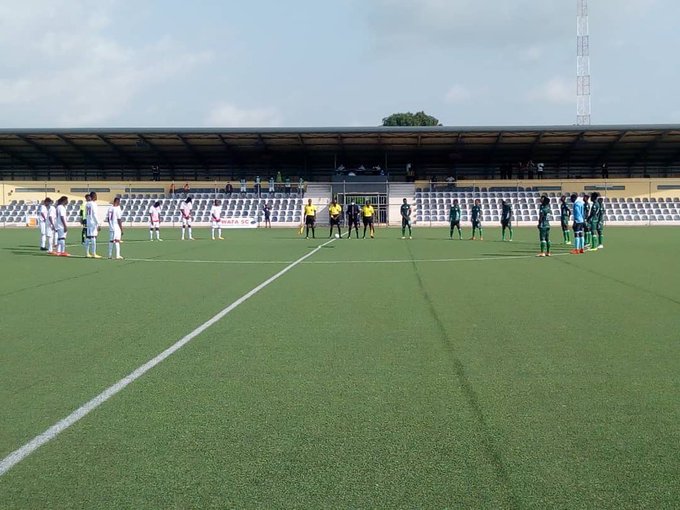 WAFA began their 2020/2021Ghana Premier League campaign with a not so convincing 4-3 win at home to King Faisal on Sunday.

Before kick off, a minute’s silence was held in memory of the late Ex-President Jerry John Rawlings who passed away last Thursday.

The home side took the lead in the 17th minute through defender, Konadu Yiadom before King Faisal equalized through Kwame Peprah in the 33rd minute.

Debutant Agbevor put WAFA in the lead just after the break and striker Daniel Lomotey scored a brace to hand the home side a 4-1 lead.

But Faisal would not go down without a fight as Wadudu Yakubu and Kwame Preprah found the back of the net to end the game 4-3.

Karela United came from behind in their first game of the 2020/2021 season to secure a 2-2 draw with AshantiGold at the Obuasi Len Clay stadium.

Karela took the lead after just four minutes through Taylor Diawsie but the miners found their way back into the game as goals from Appiah McCarthy and Hans Kwofie put them in the lead at half-time.

Samuel Ofori, however, scored for the visiting side just 11 minutes into the second half to snatch a draw for his team.

Elsewhere at the Akoon Park in Tarkwa, Medeama Sporting Club gave away a lead to settle for a 1-1 draw at home to Great Olympics.

Defender Ali Ouattara put the Yellow and Mauve side in front before half-time but Michael Yeboah ensured the visitors left with a point.

Ebusua Dwarfs and Elmina Sharks shared the spoils in a 2-2 draw at the Cape Coast Staduim in the Central Region Derby.

Dennis Korsah-Akoumah and Razak Issah were on target for the hosts while Richard Mpong and Ishmael Hammond scored for the visiting team.

On Saturday, Legon Cities came from behind to secure a 1-1 draw at home to Berekum Chelsea, while Kumasi Asante Kotoko gave away a second half lead to draw 1-1 with Techiman Eleven Wonders.

Liberty Professionals vs Bechem United and Inter Allies vs Dreams FC will come off on Monday at 3pm and 6pm respectively.

AFCON 2021Q: Andre Ayew ruled out of Sudan game due to injury