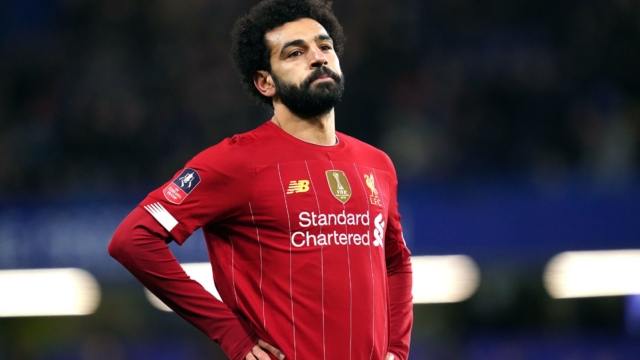 Mohamed Salah has returned another positive Covid-19 test, the Egyptian football association has confirmed, meaning he will have to continue a period of self-isolation.

The Egyptian FA announced on November 14 that the Liverpool star, who was not showing symptoms of the virus, had tested positive for coronavirus despite initial confusion over the test results.

And despite there being the potential for a false-positive outcome in the days since – whereby an initial positive test is then followed by a negative result – Salah has now tested positive for Covid-19 again, four days after the initial announcement.

That means that the former Chelsea forward will have to continue a period of self-isolation and will be unavailable for the Reds’ Premier League meeting with Leicester City on Sunday.

Following the positive result it’s unclear when Salah will now be allowed back into the UK, having returned the positive tests while away on international duty.

Jurgen Klopp’s side face Atalanta in the Champions League three days after their fixture with the Foxes before then travelling to the Amex Stadium to face Brighton on November 28.

Premier League rules state that a player who tests positive for Covid-19 must self-isolate for a period of 10 days, meaning Salah would’ve been unavailable to face Brendan Rodgers’ side even if he had returned a negative test result.

The latest announcement from the Egyptian FA also confirmed that Arsenal midfielder Mohamed Elneny failed to return a negative test result and he will also have to remain in self-isolation.

The latest coronavirus figures published by the Premier League stated that between November 9 and November 15, 1,207 players and club staff were tested for Covid-19, with 16 positive cases.