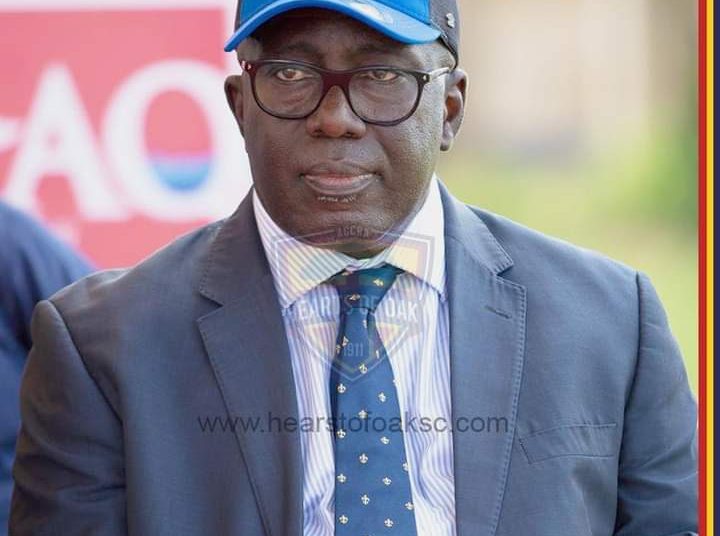 Accra Hearts of Oak have confirmed their Chief Executive Officer, Frederick Moore, is on sick leave.

Reports emerged earlier this week, that Moore had vacated his post at the club, but Hearts in a statement released on Thursday, have clarified the reason for his absence.

The statement also added that Moore will resume his duties when he’s declared medically fit to do so.

Our CEO, Frederick Moore is currently on sick leave and will resume full duties as head of the club's administration when declared fit to do so. The board of the club urges all Phobians to disregard rumours in the media that Mr. Moore has left his position. pic.twitter.com/dnnU3E3wT6

Moore was appointed CEO of Hearts in 2019, and has also served in a number of positions at the Ghana FA.