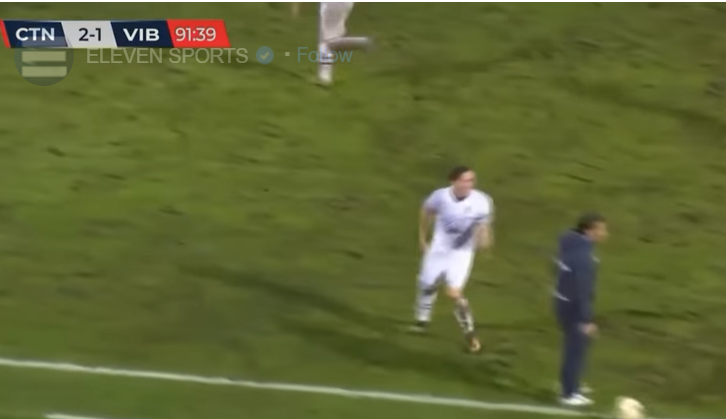 Most players would do anything to win even resorting to “the dark arts”, risking ridicule, or worse, suspension.

The same, it seems, applies to the coaches as well.

An Italian coach was banned for four matches after he stuck out his leg to stop an opposition player who had won the ball and was bombing forward.

With tensions sky-high in the Serie C match against Calcio Catania as the match entered the 91st minute, a Vibonese player won the ball with a clean tackle and attempted to sprint forward, with his side down 2-1.

Catania coach, Giuseppe Raffaele, desperate to stop the opposing player from starting an attack, stuck out a leg and stopped his progress.

His actions sparked a melee on the touchline, with the referee immediately brandishing a red card in the face of Raffaele.

The Lega Pro, who have since suspended the coach for four games said: “With the game stopped, he entered the field of play subtracting the availability of the ball from a player of the opposing team, forcing the referee to suspend the match to decree expulsion.”