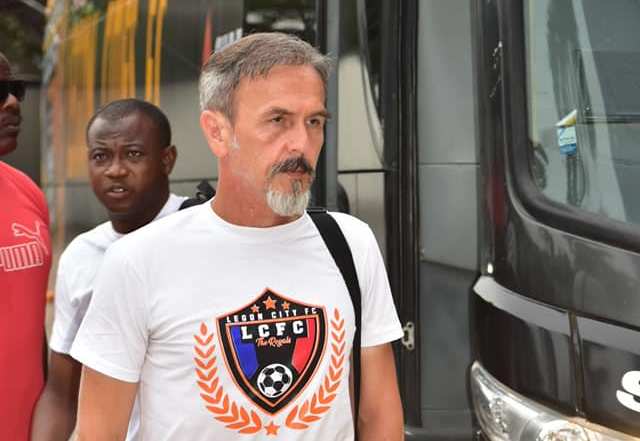 Multiple reports in the local media say the the Bosnian’s contract has been terminated following the 3-0 defeat to Great Olympics on Friday night.

No official communication yet from the club on the future of the coach.

The Royals had opened the season with a 1-1 draw at home to Berekum Chelsea last weekend.

The 51 year old took charge of the team 11 months ago and won just 3 games out of 15 before the coronavirus pandemic led to the cancelation of the 2019/2020 season.

Legon made 12 new seasons ahead of the new season, including the addition of Ghana’s all time leading goalscorer in international football, Asamoah Gyan, and were expected to at least challenge for the title.

But the underwhelming start to campaign has now forced management to act, and Barjaktarevic has reportedly paid the prize for the poor start.

Legon play Medeama in Tarkwa in their next game.

5 stats that prove Asamoah Gyan is Ghana's greatest ever striker