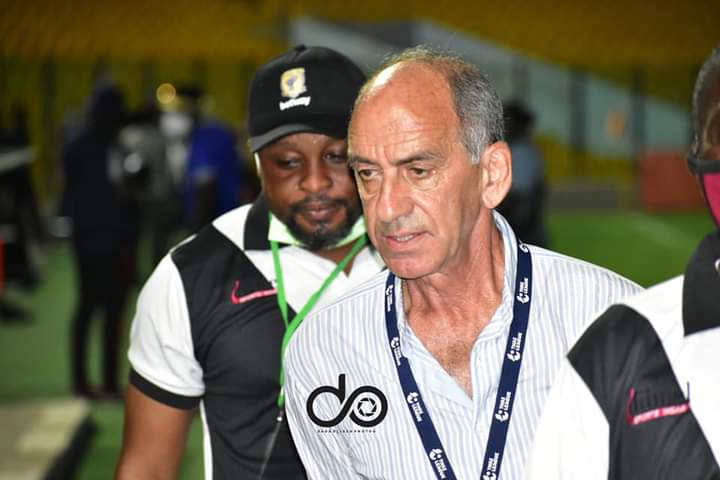 Assistant coach of Ashantigold SC, Thomas Duah, has launched a scathing attack on his boss, Milovan Cirkovic, saying, he knows nothing about football.

The two were at loggerheads over a substitution Duah recommended Cirkovic made in their Ghana Premier League game against Hearts of Oak on Tuesday night, which they drew 2-2.

Cirkovic declined Duah’s suggestion to substitute Hans Kwofie who then went on to score a 91st minute equalizer.

Duah meanwhile, isn’t having it, going on radio to lambast his boss for refusing his suggestion.

”Our head coach knows nothing about football, ” he told Kumasi-based Kessben FM. ”He doesn’t know what he’s doing. He’s doing try and error.

”I deserve the credit when the team is playing well, ” he claims.

”Today, I will warn him at the training grounds. He should be careful with his speeches.”

Ashantigold now must turn their attention to their CAF Confederation Cup preliminary stage clash with Burkinabe side, Salitas FC, on November 29, at the Obuasi Len Clay stadium.