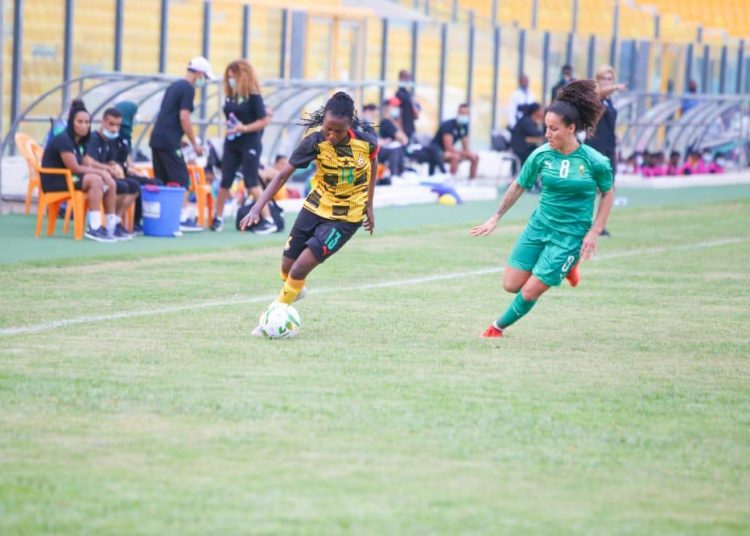 The Moroccans had made the perfect start in the first-half inspired by a fifth minute goal converted by Chebbak Chizlane.

The Black Queens responded strongly with a Faustina Kyereme’s strike in the 18th minute and were at an adventurous attacking best before recess.

The second half was fiercely contested with both side searching for the lead but defense stalwart Linda Eshun gave Queens the edge with a powerful free kick.

Hardy Sounia was given the marching order in the 67th minute after a tussle with referee Theresa Bremansu.

Georgina Ayisha Aoyem sealed victory for the home side in 70th minute after Juliet Acheampong sent in a long drive which she neatly tapped home.

Both teams are scheduled for a repeat the fixture on Monday November 30.

“Attacks on our brand primitive, regressive” – StarTimes cries out

"Attacks on our brand primitive, regressive" - StarTimes cries out