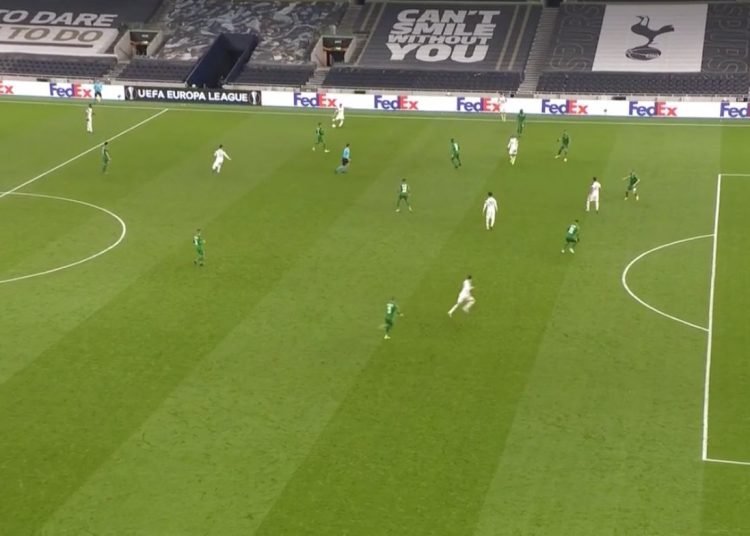 Tottenham Hotspur had a comfortable night beating Bulgarian powerhouse Ludogorets in the Europa League by 4-0 but it was Harry Winks who stole the show with a ludicrous strike from long range.

Despite making 10 changes to the team, Jose Mourinho’s men had an easy night, cruising to a comfortable win at home.

However, the highlight of the game came in the 63rd minute when Harry Winks floated a long-range shot over the stranded keeper and into the net.

It wasn’t totally convincing that the English midfielder meant the shot, and he may have just been looking for a teammate but the goal is worthy of the Puskás Award.

After the game, the 24-year-old admitted in an interview with BT Sports that he intended on passing the ball to Gareth Bale but the ball found its way into the back of the net.

The midfielder won’t mind, and neither will Bale nor anyone else around the club, with the ball going in and embarrassing Plamen Iliev in the opposition goal.

Things got even better 10 minutes later when Lucas Moura made it 4-0 and that allowed Mourinho to bring on a few youngsters to get some game time, adding to the brace scored by Carlos Vinicius.

Tottenham Hotspur now needs just a draw from their final two games to qualify to the Round of 32 in the Europa League.