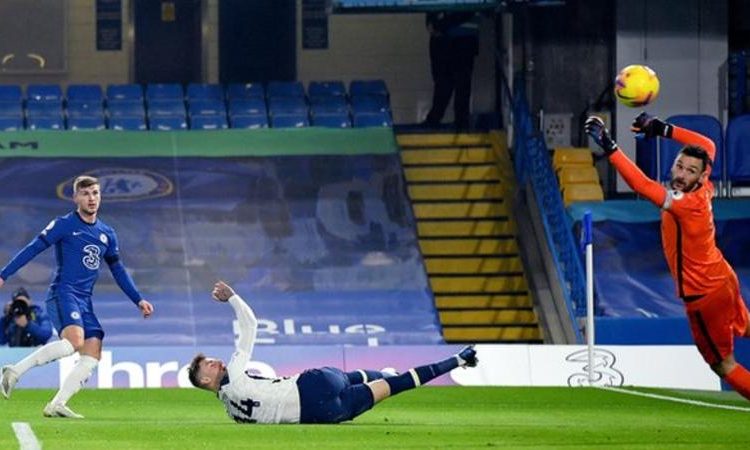 Tottenham returned to the top of the Premier League despite being held by Chelsea in a highly-competitive yet goalless London stalemate.

The eagerly-anticipated fixture between two teams in excellent form failed to produce a goal as both sides cancelled each other out at Stamford Bridge.

Chelsea were looking to celebrate Roman Abramovich’s 1,000th game as club owner with victory over a Spurs team managed by their former boss Jose Mourinho.

The Blues struggled to carve out clear-cut chances although Hugo Lloris produced a great late save to deny Mason Mount.

Spurs, replaced at the top by Liverpool on Saturday, return to the summit, level on 21 points with the Reds but with a superior goal difference.

Chelsea are two points behind in third spot.