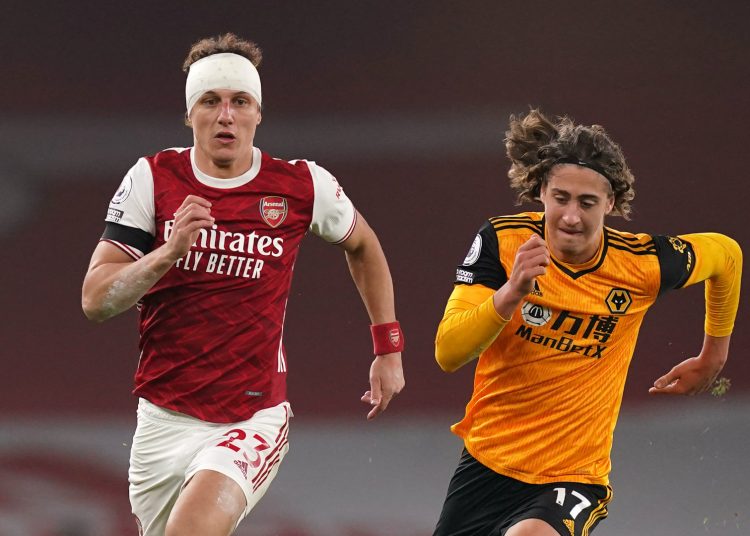 A man in Kenya lost his life at Kinamba Centre along the Naivasha-Kirima Road, after allegedly mocking Arsenal fans after their 2-1 loss at home to Wolverhampton Wanderers FC last weekend.

In the absence of their top scorer Raul Jimenez who was injured earlier on, Wolves scored through Pedro Neto and, although Gabriel briefly headed Arsenal level, the visitors claimed a deserved three points through Daniel Podence’s superbly taken 42nd-minute winner.

It was a third straight loss at home for the 13-time English champions.

“The middle-aged man was hit on the head with a stone when he started mocking supporters of [Arsenal after the loss],” The Standard Newspaper reported.

“The group was watching the live match that was being aired on television when the incident occurred on Sunday night.

“The deceased was left bleeding from his head outside a petrol station located a few meters from the bar that the friends were drinking.”

A witness who has been identified as Peter, went on to explain what transpired between those involved before the unfortunate incident.

“The argument degenerated into name-calling and the deceased was chased out of the bar and later attacked and left unconscious,” he revealed.

Police have now launched a manhunt for those involved in the incident.

The result moves Wolves up to sixth in the table, with Arsenal languishing in 14th.