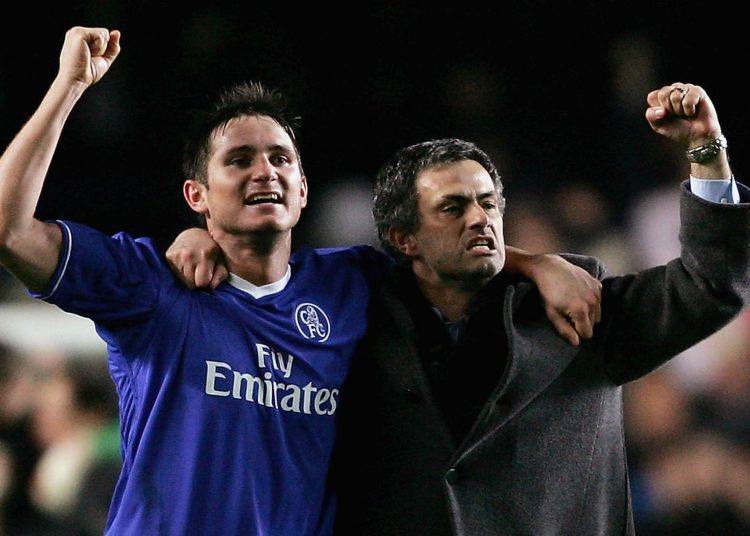 After 5 attempts, Mourinho is yet to win in 90 minutes against his ex-midfielder Frank Lampard. Most onlookers have been surprised by the tension that has graced the touchline whenever Mourinho faces Lampard now.

Let’s travel back in time to circa 2004 to 2007, when Mourinho led Chelsea to five major trophies in what was his first few seasons in England. Lampard was a trusted Lieutenant of Mourinho and the bond they shared was something special. 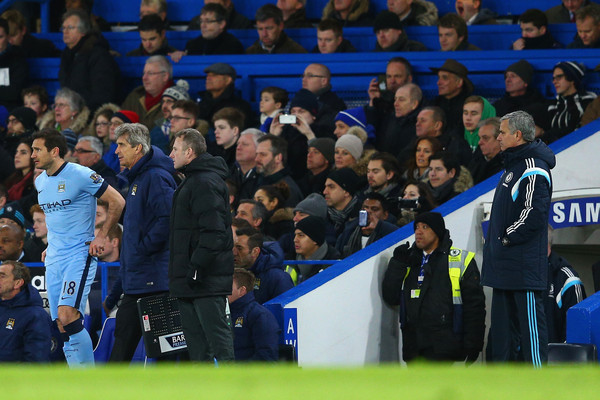 Mourinho’s second coming at Chelsea, he had the unpleasant honour of casting Frank Lampard into the shadows of Stamford Bridge in a season where Frank only started 20 English Premier League games.

To top it off, Mourinho did not see it fit to keep a club and PL legend at the club as he was allowed to join New York City on loan.

The joy of an American adventure somehow ended up with Frank Lampard returning to England to join Man City the following year.

For a Chelsea legend whom Mourinho played a vital role in creating, to join Man City, it meant he was now an enemy.

This prompted Mourinho to hand his jersey to Oscar as a move to show, he was always replaceable. As expected in such love-hate stories, Mourinho had to deal with Chelsea fans still singing Frank’s name and even worse, he had to deal with Frank scoring against Chelsea in their 1-1 draw in the Etihad.

Mourinho might have conceded to an ex-player who played a starring role in City’s late attempt to wrestle the title from Chelsea but Chelsea had the resolve to get to the promised land.

All would have thought, Mourinho will be the happier of the two because after all, he still won the PL without Frank Lampard. 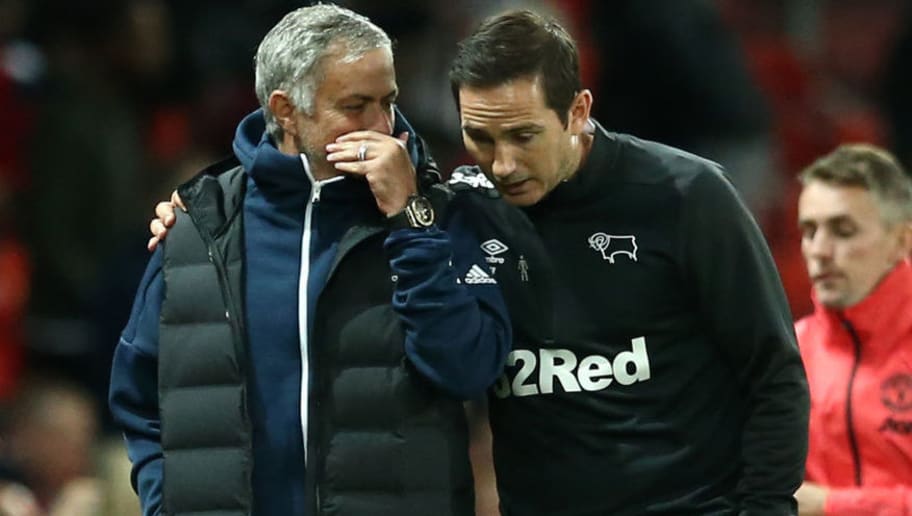 In 2018, the pair faced off, this time as manager against the manager as Frank Lampard took his Derby side to Old Trafford and beat Mourinho on penalties. That loss only added a couple more nails to Mr Mourinho’s coffin as he was sacked exactly 82 days after.

Mourinho was out of the job for a while and had enough screen time as a pundit to offer his views on Chelsea’ set up and tactics. Mourinho lashed out at Lampard during a pundit gig with Skysports for his poor attention to details.

That is when the love brewed in Stamford Bridge began to show more cracks. Mourinho is a winner and loves to win at all costs. His ego can be easily bruised when he loses to his old club or a former player. Hence, Lampard’s Derby inflicting that loss played heavily on his mind.

Mourinho finally got himself back in management at White Hart Lane, and exactly a year and 6 days after he was sacked by Man United, he faced Chelsea. He was licking his lips thinking he could finally get the long-awaited win over Lampard.

It was not to be as Willian ensured Lampard was victorious again. Lampard’s celebrations after the game showed the world what it meant to him to beat his former manager. Mourinho’s post-match comments clearly hinted at a man unhappy with the outcome but equally bitter to lose again to Lampard.

Mourinho did not have to wait too long to face his former employers again as Feb 22, 2020 was the date set for a return to Stamford Bridge as a visiting manager. Mourinho was brimming with confidence after securing 3 successive victories in the PL; including a commanding win over Pep and a dramatic winner over Aston Villa.
Mourinho struggled against a compact yet properly drilled Chelsea side that gave nothing away and pressed effectively to force Spurs to consider the long ball option.

The loss hurt Mourinho with his team playing very well in the absence of Son and Kane. Chelsea had completed the double of their London rivals.

In the off-season, the new Amazon documentary revealed so much about Mourinho as a man and a coach. The one glaring thing was, he regularly mentioned Chelsea as much as he could because, let’s face it, it’s the only club he can be considered a legend there. But really, the nature of his sacking and how the once beautiful relationship they had turned sour is one constantly on his mind.

Mourinho needs a big win against his London rivals. And the Carabao cup offered that. 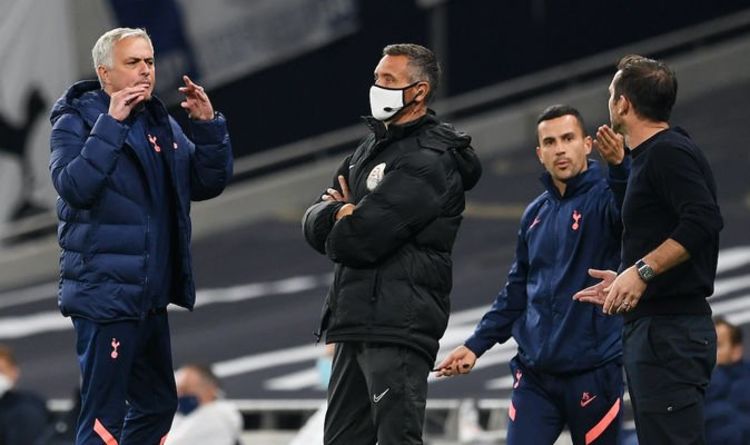 Then came the Carabao Cup, it offered Mourinho another opportunity to have a bite at his former club and player. This time around he got to win via a 6-5 penalty shoot-out win.

That win came at the expense of a heated touchline row between Master Mourinho and Apprentice Lampard.

This time around, Mourinho fielded a somewhat weakened side, but they executed his instructions to perfection. The penalty win meant Mourinho can have less sleepless nights and look forward to their next league meeting.

In all these games, it is noteworthy that Mourinho went from a 4-2-3-1 set up against Lampard’s Derby to a 4-3-3 against Lampard’s Chelsea. Mourinho had a shift in tactical mentality to a 5-4-1 when he next faced Chelsea owing to injuries to his squad and a focus on parking the bus.

The mentality shift from an open/somewhat attacking 4-5-1 or 4-3-3 set up to a defensive 5-4-1 and 5-3-2 only confirms that Mourinho is indeed looking to overcome his once-trusted lieutenant who is slowly becoming a foe in London.

A draw at the Bridge on Sunday was the perfect result for Mourinho as he avoided defeat against Frank the second time running this season.

Surely, Mourinho will now look forward to their February 3 meeting at the Tottenham Hotspur Stadium. He would want to get that maiden 90min win over Frank to show who indeed is boss and who is an apprentice.