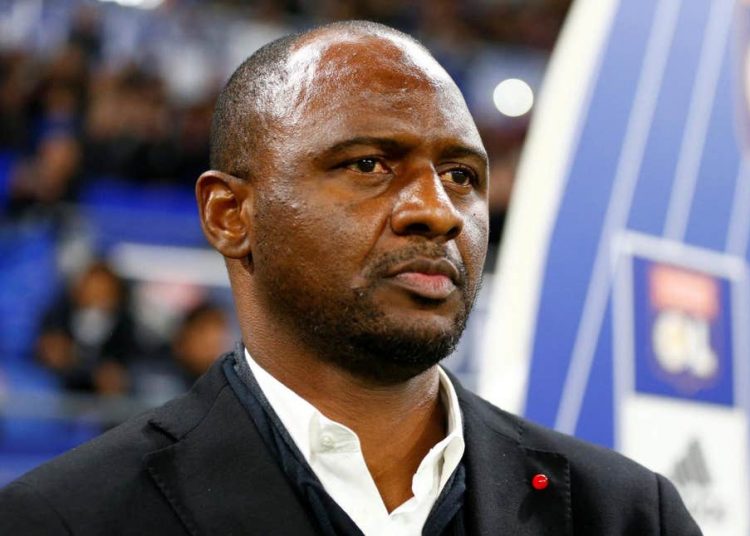 Patrick Vieira has been sacked as Nice head coach after two-and-a-half years in charge following a run of five straight defeats in all competitions.

The 44-year-old, whose contract was due to expire at the end of the season, had come in for increasing criticism over a downturn in results amid accusations the team lacked a discernible style of play.

Vieira appeared defiant after 11th placed Nice were beaten 3-1 at home by Dijon on Sunday – the visitors’ first Ligue 1 victory of the season.

But a 3-2 defeat to Bayer Leverkusen in the Europa League on Thursday, a match overshadowed by a pocket of Nice supporters’ protests before the game, proved to be the final straw.

The World Cup winner was appointed in 2018 to replace Borussia Dortmund-bound Lucien Favre and led Nice to seventh in 2018-19 and fifth last season as they qualified for the Europa League group stages.

But the team has struggled domestically this season and failed to make it out of their Europa League group, where they sit third after only one win in five matches.

A club statement, confirming the decision to part ways on Friday, said: “Patrick Vieira, who joined the club in the summer of 2018, is no longer head coach of OGC Nice, effective immediately.

“In a meeting conducted after last night’s match, the Nice Board informed Patrick Vieira of their decision to end their collaboration.

“The Rouge et Noir club has decided to appoint Adrien Ursea as head coach of the club’s professional first team, as of today.

“The Swiss-Romanian tactician, who was assistant coach to Patrick Vieira and, before that, Lucien Favre, will take charge of his first Nice match as head coach this Sunday with the trip to Reims.

“Patrick Vieira put all his heart and professionalism into his service for OGC Nice over the last two and a half years of their collaboration.

“The Nice board sincerely thanks the former France international for his commitment and dedication to the development of the club and wishes him every future success in his coaching career.”

Vieira, who previously managed Major League Soccer side New York City between 2016 and 2018, was also linked with the Arsenal job before Mikel Arteta’s appointment last December.