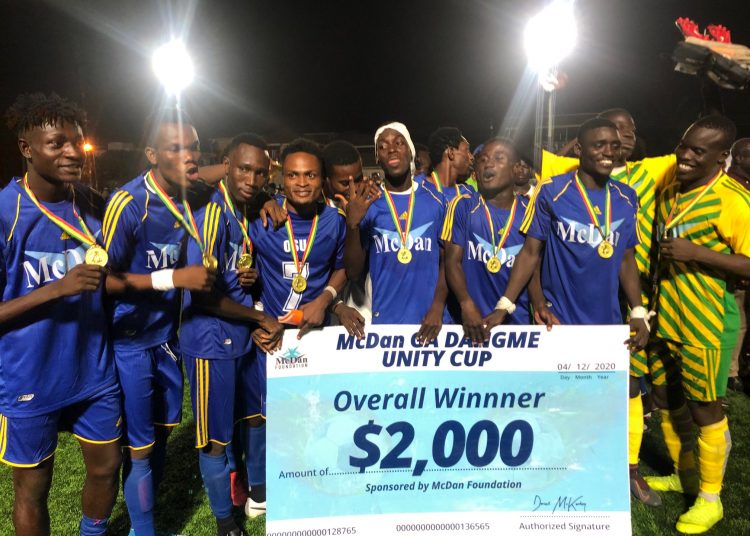 Osu have been crowned champions of the 2020 McDan Ga Adangbe Peace and Unity Cup after coming from a goal down to beat Dansoman 3-2 on penalties following a 1-1 draw in regulation time.

The game was the crowning moment of a grueling four weeks of competition at the plush McDan La Town Park, that featured 16 teams from the Ga Adangbe Communities across Greater Accra.

The tournament attracted thousands of fans from the adjoining communities each night, who come to enjoy football and forge new friendships and camaraderie while others took advantage of the sheer numbers to engage in petty trading. 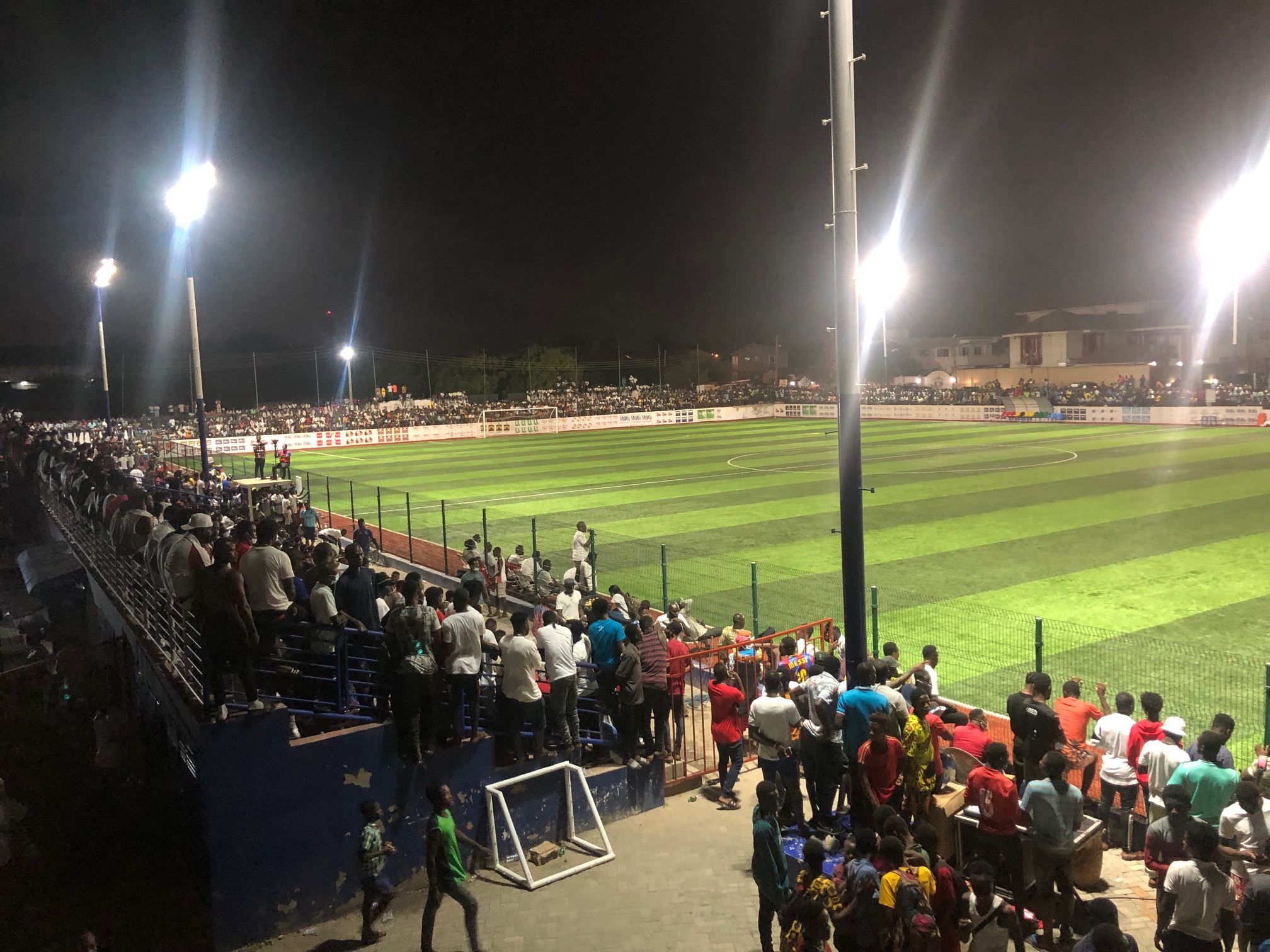 Friday’s final certainly provided an atmosphere befitting of any final game in the world, with officials led by Chairman of the McDan Group, Daniel McKorley, and ex-Ghana international Laryea Kington, gracing the occasion.

Dansoman had stunned Nungua 1-0 in the semi final to pick their final slot and looked to upset Osu with an early goal, but the tournament favorites rallied their way back to level the game, before triumphing in the shootout.

For their reward, Osu walked home with a giant trophy, medals as well as $2000.

Second placed Dansoman got $1000 for their efforts.

Speaking after the event, McKorley said the success of the competition has given him motivation to want to extend it to other regions of the country. 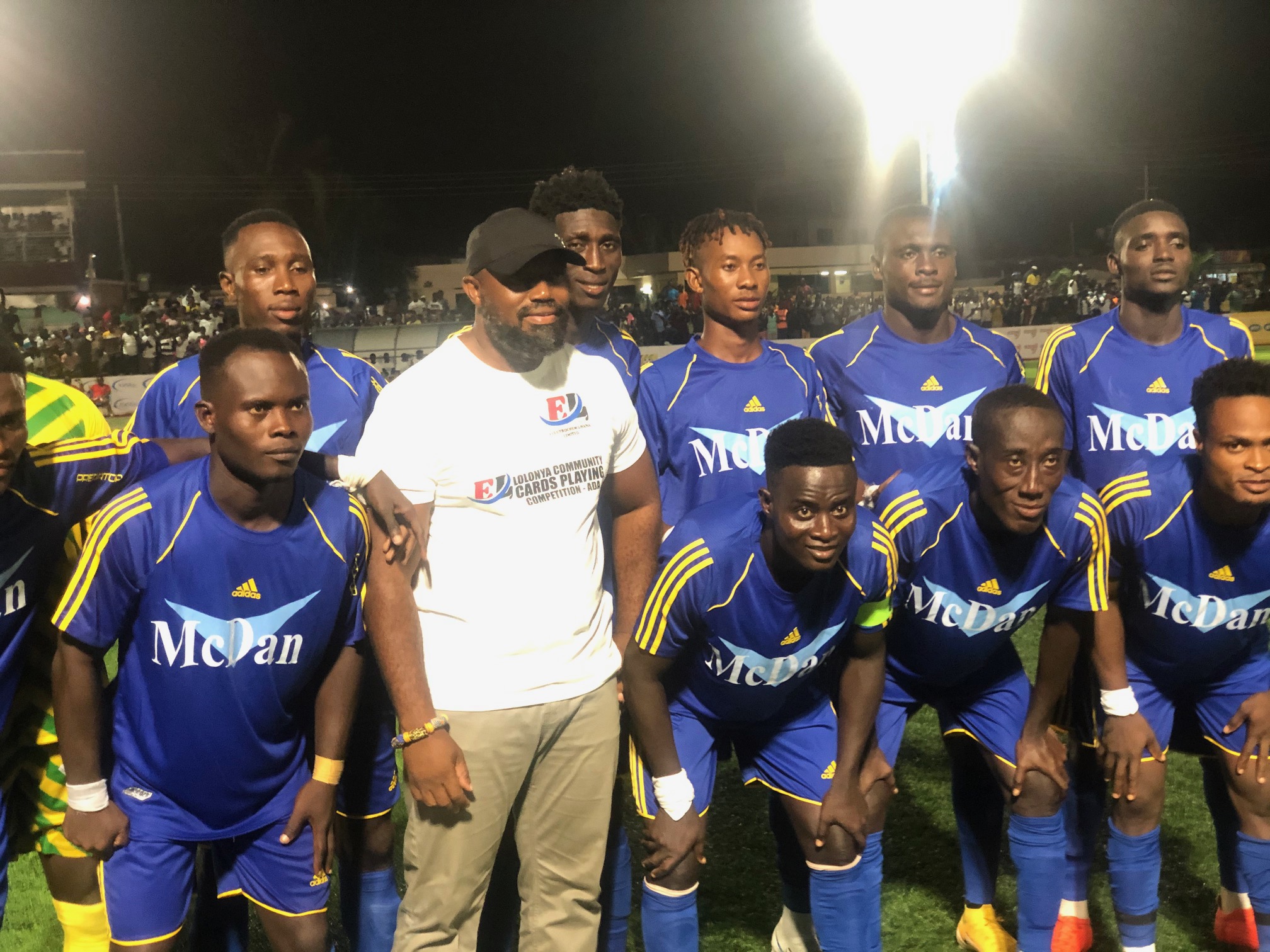 “I never imagined this competition to be this huge. I have been truly overwhelmed by the patronage,” he said.

“This tells you the power of football to bring people together and I think we will take this to the other regions, especially in the north.

“We are also building other parks in Teshie and Okponglo which will hopefully provide an avenue for the youth of those areas to show their skills,” he said.