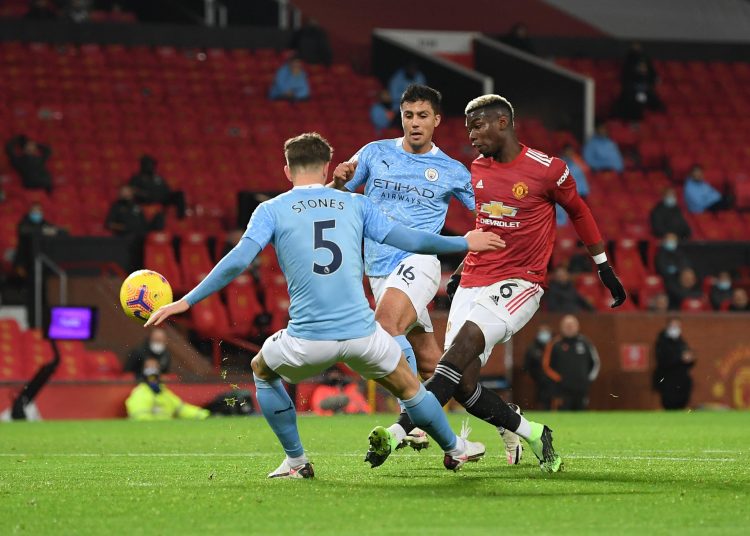 In a game devoid of quality and excitement, neither side were able to carve out the opportunity that could make a difference amid the eerie silence of the so-called ‘Theatre Of Dreams’.

Gabriel Jesus was off target and Riyad Mahrez brought a routine save from David de Gea with City’s best first-half chances while Scott McTominay was agonisingly inches away from Victor Lindelof’s flick as United sought the breakthrough.

United thought they had a second-half penalty when Kyle Walker fouled Marcus Rashford but the decision was overturned as VAR revealed the United striker was offside.

It led to an unsatisfactory conclusion for both sides, leaving United seventh in the Premier League and City a place below them.