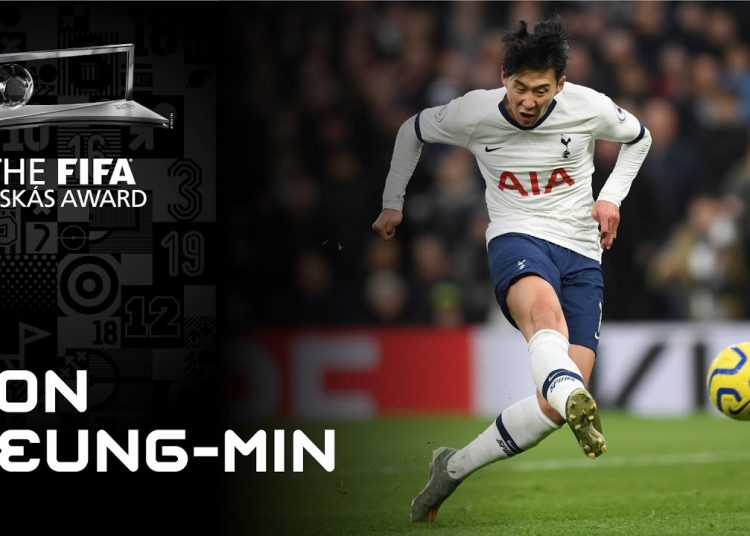 Heung-Min Son has won the award for the best goal of the past 12 months at the FIFA Best awards for his incredible solo effort against Burnley last season.

Jordan Flores’ outrageous volley for Dundalk against Shamrock Rovers in the League of Ireland was also shortlisted, along with Sophie Ingle’s effort for Chelsea against Arsenal and a fine goal for Manchester City’s Caroline Weir against Manchester United.

Luis Suarez and Flamengo’s Giorgian De Arrascaeta made the final three alongside Son, but it was the Spurs forward who emerged as the victor.

The goal in question took place against Burnley last December in Spurs’ 5-0 win. Son picked the ball up on the edge of the Burnley penalty area, before scything through the middle of the Clarets defence, running the full length of the pitch before slotting home.

Son has been one of the outstanding players in the Premier League this season, scoring 14 goals in 22 games to help Spurs to the top of the table and into the Europa League knockout rounds.