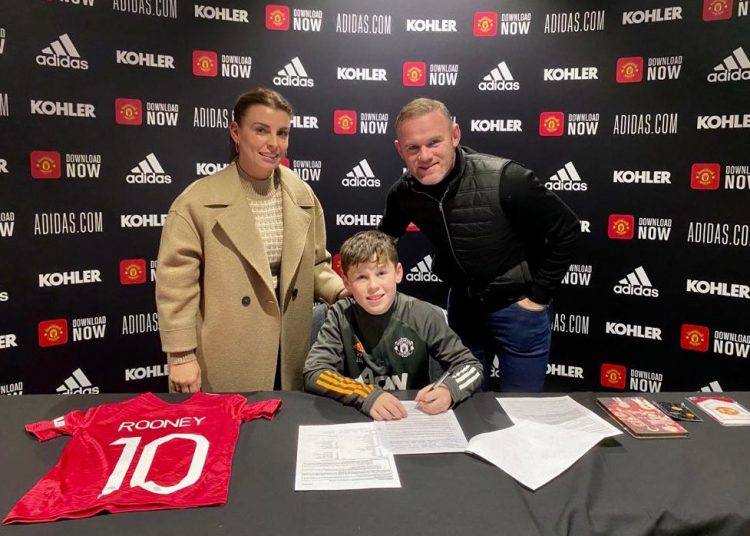 Wayne Rooney’s son, Kai Rooney is following in his father’s footsteps by signing for Manchester United.

The 11 year old, was pictured alongside his dad and mum Coleen putting pen to paper on a contract at the Old Trafford club.

Rooney, who played for United from 2004 until 2017 shared the moment via Twitter.

Kai was also pictured holding up a United shirt with the number 10 on the back, which happens to be the same number his dad wore.

The 35-year old managed to win 16 trophies at Manchester United, including five Premier League titles and the Champions League.