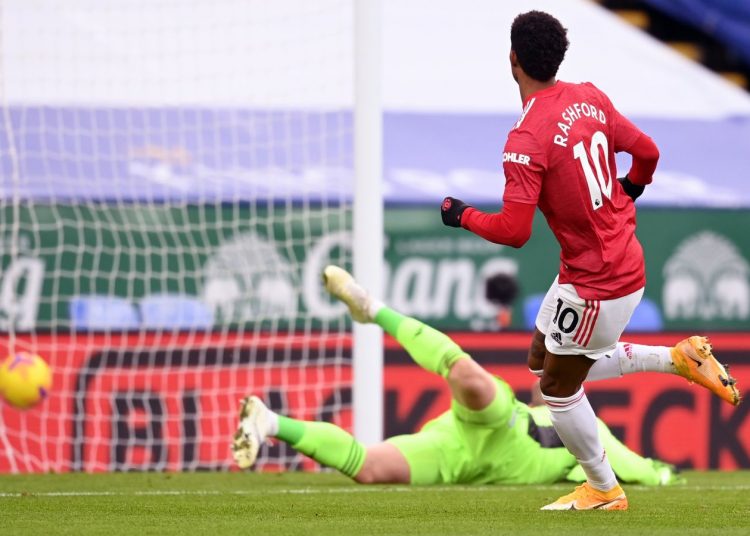 Leicester City twice came from behind to deny Manchester United a record-equalling 11th consecutive away win in the Premier League on Saturday.

Axel Tuanzebe diverted a close-range effort from Jamie Vardy – who had had an otherwise quiet afternoon – into his own net in the 85th minute to keep the Foxes second in the table.

Bruno Fernandes had given United the lead with just over 10 minutes left when he latched on to substitute Edinson Cavani’s through ball and finished past Kasper Schmeichel.

Marcus Rashford opened the scoring when he got on the end of Fernandes’ pass to slide in his 50th top-flight goal, before Harvey Barnes hit a fine first-half equaliser.

The result at the King Power Stadium ended United’s 10-match winning league run on the road – one short of the record set by Chelsea in 2008.

Both sides retained their pre-match position in the table, with Leicester three points behind leaders Liverpool and one ahead of third-placed United.

EPL: Arsenal return to winning ways with 3-1 win over Chelsea

EPL: Arsenal return to winning ways with 3-1 win over Chelsea