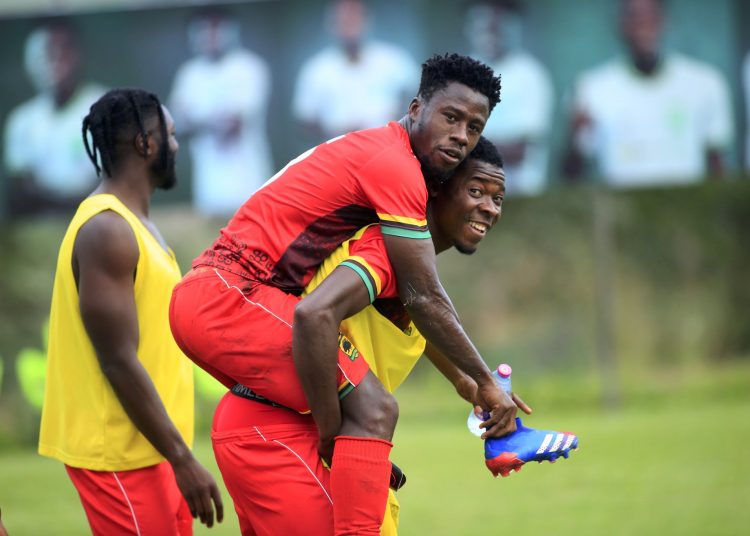 The game had been postponed following the Miners’ involvement in Africa, which saw them eliminated by Burkina Faso side FC Salitas.

Both teams went into the game having not lost a game in the opening 5 league matches of the 2020/2021 season.

Following a goalless first half, Steven Owusu scored the only goal of the game in the 56 minute to give the Hunters all three points and a place at the summit of the Ghana Premier League table with 14 points.

Ashantigold on the other hand, who started the day 5th on the table, continue to stay put with 9 points.

In Tarkwa, Medeama needed to come from behind to deny Asante Kotoko victory in a keenly contested Ghana Premier League game on Sunday.

In another outstanding match necessitated by Kotoko’s involvement in Africa, Kwame Opoku scored his second goal of the season to put the Porcupine Warriors ahead in the 74th minute, converting from an Emmanuel Gyamfi pass.

But Medeama rallied back late on with former Kotoko striker, Abass Mohammed converting from the penalty spot in the 86th minute to level proceedings after Habib Mohammed handled the ball in the box.

The 1-1 draw means Medeama are yet to win home league game this season, drawing all three games and have just the solitary win to their name in 6 games.

Kotoko meanwhile, threw in Brazilian signing Fabio Gama for his Ghana Premier League debut, replacing Godfred Asiamah in the 83rd minute, but there was not much he could do to help his side secure the win.

The draw lifts Kotoko up to 6th on the log with 9 points while Medeama stay on 13th.