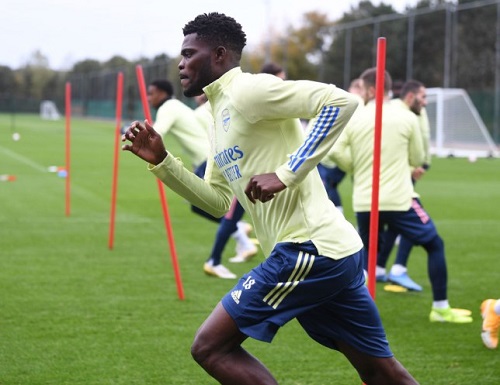 Arsenal have received a big injury boost with Thomas Partey spotted back in training with his team-mates on Monday.

The £45million summer signing’s start to his career at the north London club has been hampered by injuries so far.

Partey was originally forced off at half-time of last month’s 3-0 loss to Aston Villa with a thigh issue. 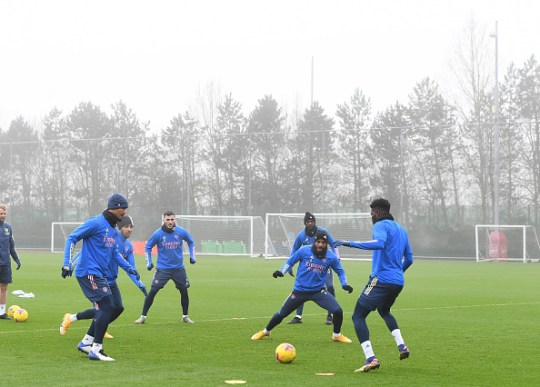 The Ghana international staged his return in the north London derby defeat to Tottenham less than a month later, but was again substituted off in the first half after suffering a recurrence of the same injury.

Arsenal finally got back to winning ways with a surprise 3-1 win over Chelsea on Saturday and speaking after the game, Arteta appeared to rule Partey out of his side’s next two Premier League fixtures against Brighton on Tuesday and West Brom on Saturday.

When asked if Partey could be available for those two games, Arteta replied: ‘Not yet, he hasn’t started to train with us yet so I think he’s a few more days away.’ His return to outside training has finally materialised, with the 27-year-old pictured alongside his team-mates at Arsenal’s London Colney base on Monday.