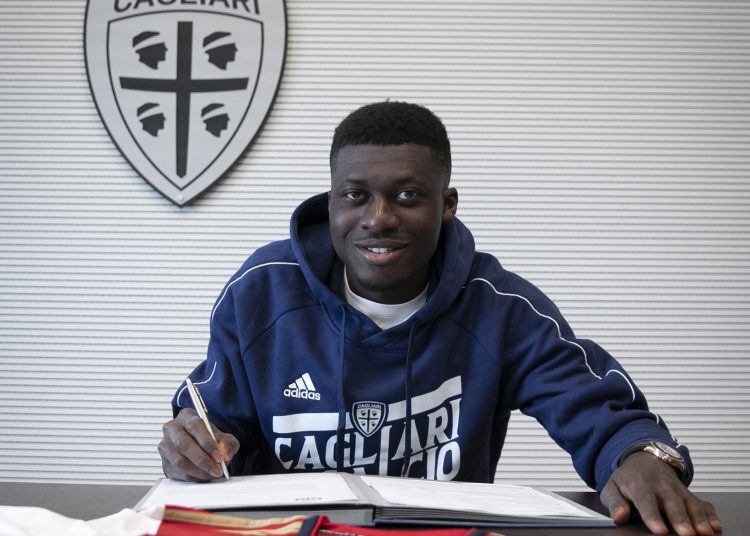 Ghanaian midfielder Alfred Duncan has joined Calgiari on loan from fellow Serie A side Fiorentina with an option to make the deal permanent.

The 27-year-old has been restricted to the bench for most of this season after making the switch to Fiorentina after a successful half season with them from Sassuolo.

The club announced the signing of the versatile midfielder in a statement on its official website after successful negotiations that might afford him more playing time.

“Cagliari Calcio is pleased to announce that it signed from Fiorentina the player Alfred Duncan, who moves to Sardinia on loan with an option to definitive transfer,” the statement said.

“Born in Accra, the capital of Ghana, on March 10, 1993, he began his career in the Inter Youth Academy.

“With the Nerazzurri, he won the Primavera scudetto and the Next Gen Series, forerunner of the UEFA Youth League: both medals were in 2011-12.”

Duncan has made only four appearances for Fiorentina this season; starting only two of them and missed out on matchday squads because of injuries.

Cagliari described him as: “a complete midfielder, Duncan is a physically strong player, who combines power and technique: great run and dynamism, particularly skilled at regaining the ball.

“He knows how to be dangerous even in the offensive part of the game, due to his ability to push in and shooting from outside the box.

“An experienced player, he can cover all the roles of the midfield, and arrives at Cagliari at the peak of his maturity: muscles and substance for the Rossoblù midfield.”

The former Ghana U-20 player has previously played for the likes of Inter Milan, Livorno and Sampdoria, all in Italy.