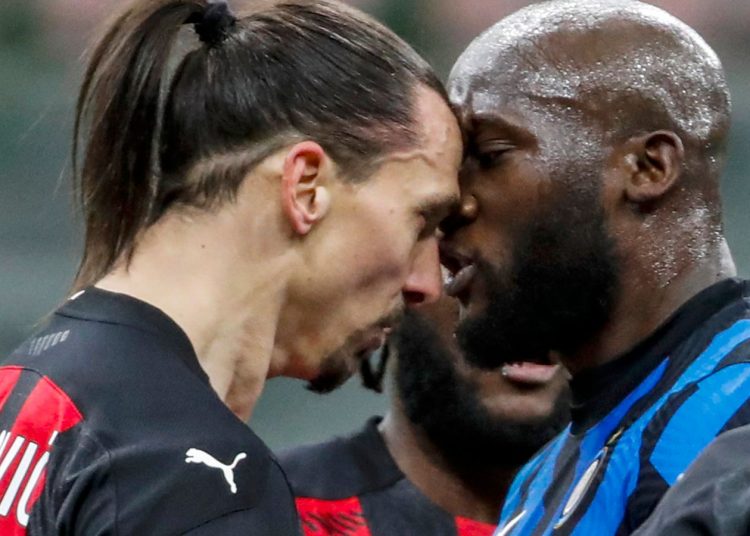 The Milan derby between AC and Inter is usually a very competitive affair but Tuesday night’s match was much feistier than most encounters.

The final result of last night’s Coppa Italia quarter-final, which saw Inter Milan picking up a late win and progressing to the semis, has been shunted to the side with the headlines dominated by the clash between Zlatan Ibrahimovic and Romelu Lukaku.

The match started interestingly enough when Zlatan put AC Milan ahead in the first half but things kicked off when the two players clashed, exchanging heated words and putting their heads together, which got them both booked.

Media reports have quoted Lukaku daring Ibrahimovic to meet him in the dressing room while the Swede mocked the Belgian’s first touch and technique.

Lukaku then went at Ibrahimovic after the halftime whistle blew with the pair having to be separated by their teammates.

Ibrahimovic was sent off after the break following a challenge on Aleksandar Kolarov with Lukaku levelling from the penalty spot with 19 minutes to play.

The players’ animosity towards each other is particularly surprising considering the kind words they had for each other while they were teammates at Man United.

VIDEO: What Lukaku said about Ibrahimovic's wife that caused bust-up in Milan derby