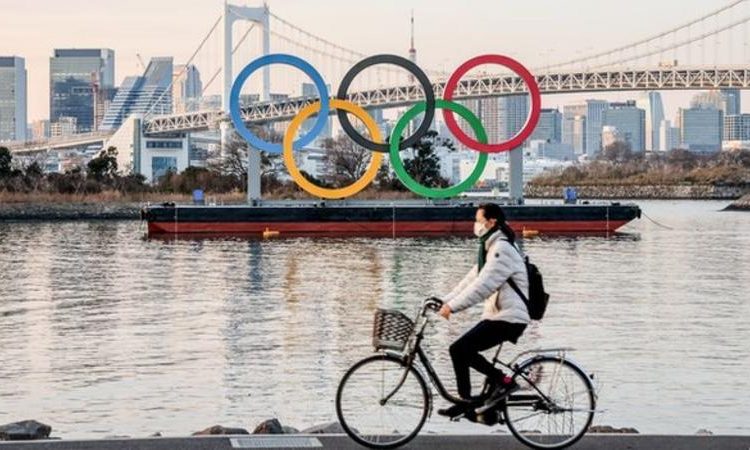 The International Olympic Committee “is fully concentrated and committed to the successful and safe delivery” of the Tokyo Olympics and Paralympics this year despite the Covid-19 pandemic, IOC president Thomas Bach says.

The German said all stakeholders, including the Japanese government, were “fully united and committed” to going ahead with the rearranged Games.

Despite much of Japan being under a state of emergency because of a third wave of Covid, the Olympics are set to commence on 23 July.

Bach said there was “no blueprint” for trying to organise the first rearranged Games during an ongoing pandemic, which he said has “multiplied” the complexity of staging the events.

But he did admit for the first time that there may be no crowds at the event.

“This I cannot tell you. We will do whatever is needed to organise a safe Games” he said.

“We are learning every day,” he continued. “This fight against the virus is a tough one, but we are fighting this fight for and like Olympic athletes.

“This means with full determination, with a will to win, with hard work every day, and with all the physical and mental strength that we can have.”

Bach again dismissed the idea of a “Plan B”, talk of relocating the events, and cancellation.

“We are not speculating whether the Games are taking place, we are working how the Games will take place,” he said.

Bach called for “patience and understanding”, saying it was in the interests of athletes, the national Olympic committees, the Japanese people and organisers “to be diligent”.

The IOC is now issuing “the first versions” of its Covid safety “playbooks for the Games”.

“The athletes, everyone can trust that we are providing the facts and our planned counter measures as the situation develops,” Bach said.

He added that “every possible scenario” is being considered and that the IOC is taking safety advice from Japanese and world health bodies, while also taking to vaccine manufacturers.

Bach, a former fencing gold medallist who has been president of the IOC since 2013, warned that constant speculation about the Olympics and Paralympics taking place “is hurting athletes”.

‘The longest I’ve prepared for an event’

British climber Shauna Coxsey remains hopeful her sport will make its much-anticipated Olympics debut this year, but added that the continued “uncertainty” around the Tokyo Games makes it “incredibly hard” for athletes.

The 28-year-old, who is two-time overall World Cup winner in her favoured bouldering discipline, qualified for the Olympics in 2019 and said the delayed wait and heavily impacted preparations following the cancellation of numerous events has been “surreal”.

“It’s the longest I’ve ever had to prepare for an event,” she said.

“There’s a lot of change happening. As an athlete, change is something you have to be able to adapt to and be familiar with, but no one kind of saw this circumstance coming.

“The priority is safety and events running as smoothly and as safely as possible. So if those events can’t happen, then it’s just going to be very different – everyone’s aware of that.

“Hopefully, we can all access training and keep in the best shape possible for the Games.”

I am ready to coach the Black Stars - Laryea Kingston