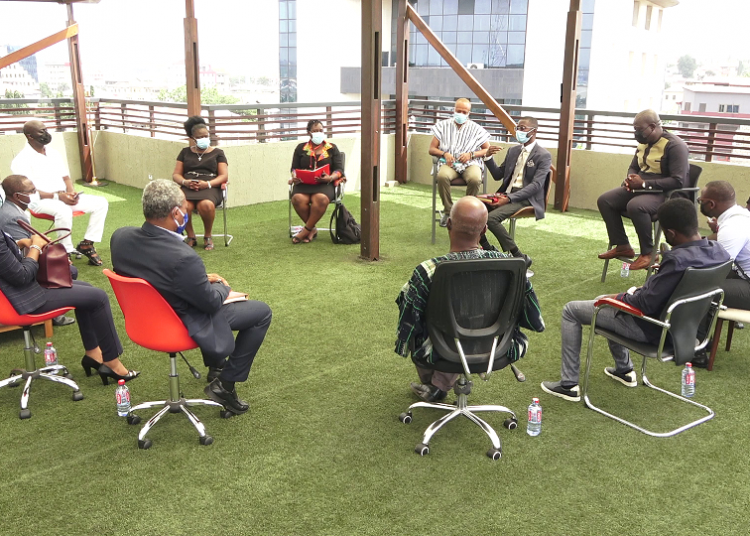 Members of the Local Organizing Committee for the 2023 African Games, on Thursday 11th January, 2021, paid a working visit to Citi FM/Citi TV to provide updates on their activities and galvanize support for the LOC as Ghana prepares to host the multi-sport competition in 2023.

The nine-member committee was inaugurated by President Nana Addo-Dankwa Akufo-Addo in October last year, and charged with the mandate of delivering the 13th African Games.

“We think that Citi FM is doing well and it’s a platform that can support the project that has been assigned to us; which is to host and organized the 2023 African Games,” LOC Chairman, Dr. Ofosu-Asare said of the visit.

“The president has made it clear this will be a national agenda, and we think that Citi FM is a leading brand when it comes to pushing the national agenda and we hope this visit will foster a cordial working relationship as embark on the journey to hosting the games,” he said.

Bernard Avle on his part, urged the LOC to be transparent and open in their dealings with the media and pledged Citi FM and Citi TV’s unwavering commitment to supporting the country’s quest to deliver a quality African Games.

“As a media house, we have a responsibility to push the national agenda but in doing so, we have to always resort to the truth. You have our support of course but it does not mean we won’t vehemently persevere for stories if they do not favor you.

“If you carry out your duties with honesty, sincerity and openness, I think it makes our work much easier,” he said.

In October 2018, Ghana won the rights to host the 13th edition of the African Games, beating off competition from Egypt.

With no facilities equipped with the capacity to host the 25 sporting disciplines, Ghana initially announced plans to stage the games across three different cities (Accra, Kumasi, Cape Coast), only the second time the games would have been held in a decentralized format.

But on October 14, 2020, President Akufo-Addo announced plans to construct a 50,000 capacity Olympic stadium to host the games.

The President further stated that the facility will be converted into a University for Sports and Development after the successful hosting of the games.

The games will see all 54 African countries participating with over four thousand athletes expected to take part in the 12-day event in August 2023.