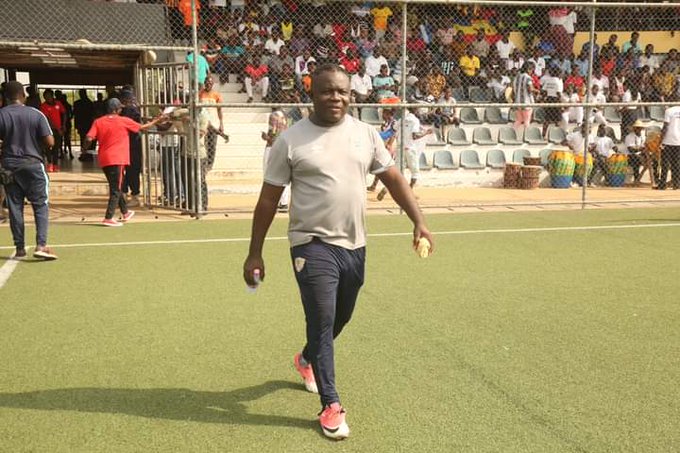 Hearts of Oak goalkeepers’ coach Ben Owu has resigned from his post, following head coach Kosta Papic out of the club, the Phobians have announced.

Papic left the club on Monday after tendering in his resignation letter to the board of directors following a meeting.

Owu joined the Hearts of Oak in December 2019 from AshantiGold SC after his four year spell with the Miners came to an end.

He has rich experience on the local scene having been goalkeepers’ coach for Sekondi Hasaacas, Medeama SC and King Faisal Babes.

Hearts of Oak confirmed George Owu’s exit in a press release on Tuesday. 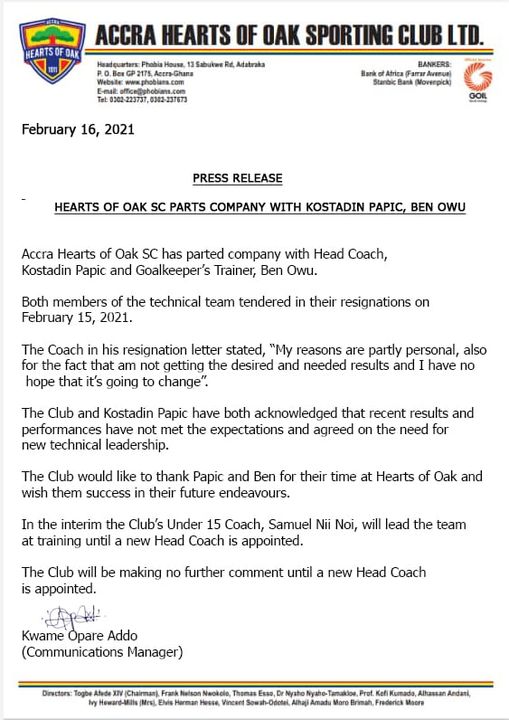