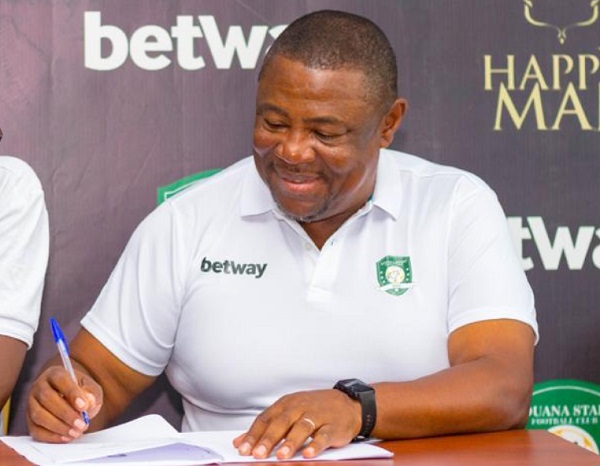 Aduana Stars head coach, Paa Kwesi Fabin has left the club following the expiration of his contract on February 14.

The former Ghana U-17 star signed a one year deal with the Dormaa-based side in February 2020 with an option to extend but the 61 year old has opted against continuing with the two-time league champions.

Fabin has already landed in Kumasi after failing to turn up for training on Monday.

It is understood he has been left unhappy with the club’s hesitation in strengthening his squad after several pleas for the club’s management to bolster his squad with new faces.

Citi Sports has been told, Aduana have made desperate last ditch moves to have him rescind his decision to quit.

According to Citi Sports sources, the club handed the former Kotoko trainer a cash amount equivalent to his 3-month salary in hope of getting him to stay.

He has yet to communicate a decision to the club.

Aduana Stars are currently 6th on the Ghana Premier League log, 4 points off top of the table Karela United.