‘I don’t have time for this nonsense’ – Dr. Nyaho Tamakloe reacts to Papic claims 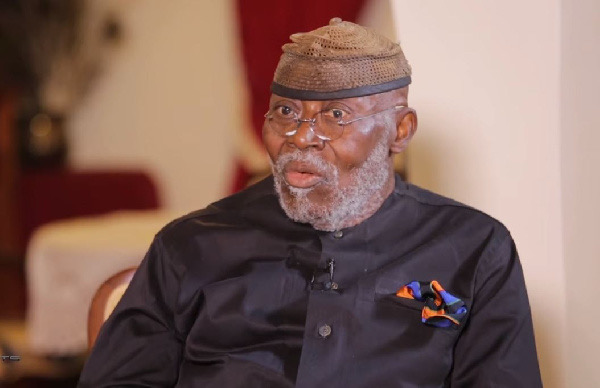 Board member of Accra Hearts of Oak, Dr. Nyaho Nyaho Tamakloe, has hit out at former Head Coach of the side, Kosta Papic, after the latter accused the club of interfering with his work.

Papic, resigned from the club earlier this week, for citing various reasons, including interference from certain board members of the club.

Dr. Nyaho Tamakloe, in a press briefing on Wednesday, denied these claims, and dared the Serbian manager, to back his claims with proof.

“I dare that coach to come out and repeat himself, because we have what he said on tape,” he said angrily.

“Some of us are not kids. Let him repeat if Odotei or Akambi have influenced in any decision he takes.

”I don’t have time for such nonsense, we’ve seen coaches before,” he added.

The press briefing was held as a result of happenings earlier in the day, where scores of club supporters stormed the club’s secretariat, and locked up the edifice in protest of the Board of Directors.

Dr. Nyaho Nyaho Tamakloe, in addressing the incident, cautioned fans to be wary of being misled by disgruntled individuals around the club.

“Nobody United this club better than me. I have held various positions around the club,” he said.

”I know what is happening now is just a passing phase. Individuals cannot appoint board members.

”It is the responsibility of the majority shareholder to appoint the board members.

“Ive dealt with Hearts of Oak supporters for over 40 years, and I know they are being misled.

“They need to be careful, because these are the politics that goes on in this club sometimes, where disgruntled people mislead the fan base,” he said.

Hearts of Oak will take on Ebusua Dwarfs in their next Ghana Premier League game at the Accra Sports Stadium, looking for their first win in 5 games.

UCL: Porto beat Juventus to secure advantage in round of 16 tie

UCL: Porto beat Juventus to secure advantage in round of 16 tie