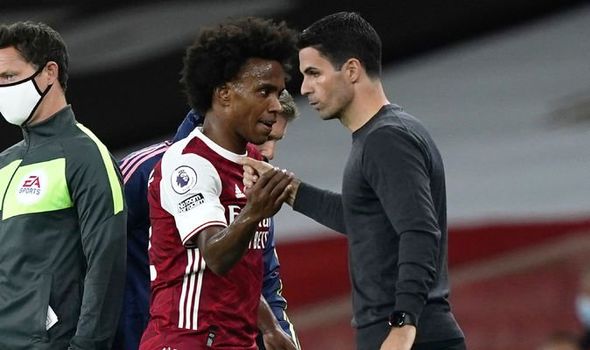 Criticism of Willian’s performances for Arsenal this season are not “unfair” but the club have to “protect” the player, says Gunners boss Mikel Arteta.

The Brazilian, 32, joined Arsenal on a free transfer from Chelsea last summer but has failed to score in 24 games and provided only three assists.

Arteta said Willian will return to his best form with the “quality he has”.

Arsenal face Benfica in the last 32 of the Europa League on Thursday, in Rome due to Covid-19 restrictions.

The Londoners go into the game on the back of just one win in their last four games, while the Portuguese side are fourth in their league, 13 points behind leaders Sporting Lisbon.

When asked about criticism levelled at his player, Arteta said: “I won’t say it is unfair. Expectations of Willian are really high in terms of the goals he can score, assists he can create. We have to protect him.

“Whether he is successful in the game is another matter, but it will come with the quality he has.”

Midfielder Thomas Partey is out of the Benfica game but full-back Kieran Tierney is in the squad after recovering from a leg injury.