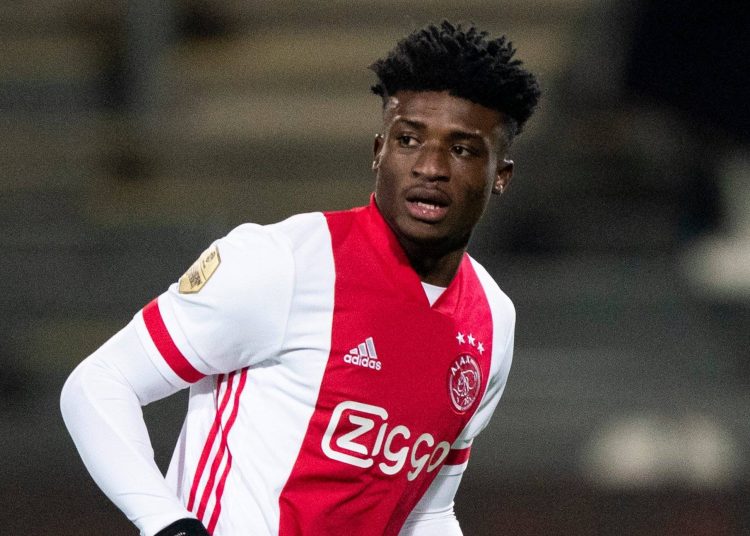 Ghanaian prodigy Kudus Mohammed returned to Ajax Amsterdam’s starting eleven and found a goal to announce his come back.

Back from injury and making immediate impact. Kudus Mohammed scores for Ajax on only his first start for the team since return from injury. Ajax currently lead Rotterdam 4-1. Kudus with Ajax’s 4th in the 50th min. #Citisports pic.twitter.com/8gTeUtBY0Q

The 20-year-old scored Ajax’s fourth goal of the night as they beat Sparta Rotterdam 4-2 in week 23 of the Dutch Eredivisie.

An injury had kept him out of Erik ten Hag’s team since October 2020.

Kudus made his return to playing when he came on for Ajax in their 2-0 win away at Heracles a week ago.

In his first start since the return however, the Ghanaian sensation bagged a goal.

Kudus picked a pass from Dusan Tadic just around the 12-yard box and smashed in Ajax’s fourth and his second goal of the season.

Mohammed Kudus has now scored 2 goals and provided three assists in six games for Ajax Amsterdam across all competitions.

The 4-2 win keeps the Dutch champions at the top of the league summit with 56 points, six  ahead of PSV, and also have a game in hand.