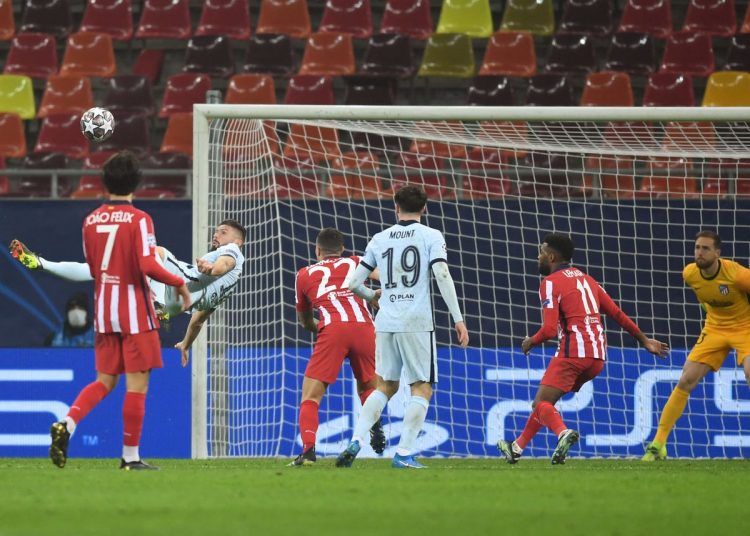 Giroud put the ball in the net with an acrobatic overhead kick and, although it was originally judged offside, a video assistant review showed the ball had come off Atletico’s Mario Hermoso in the build-up.

This was Thomas Tuchel’s first Champions League game in charge of Chelsea and it took place in Bucharest, Romania, because of coronavirus restrictions.

The second leg will be held at Stamford Bridge on 17 March, although the Blues will be without midfielders Mason Mount and Jorginho as they will both be suspended after picking up bookings.

The Blues finished top of Champions League Group E but it was not enough for former boss Frank Lampard to keep his job as he was replaced in January by Tuchel, who took Paris St-Germain to the 2019-20 Champions League final when they lost to Bayern Munich.