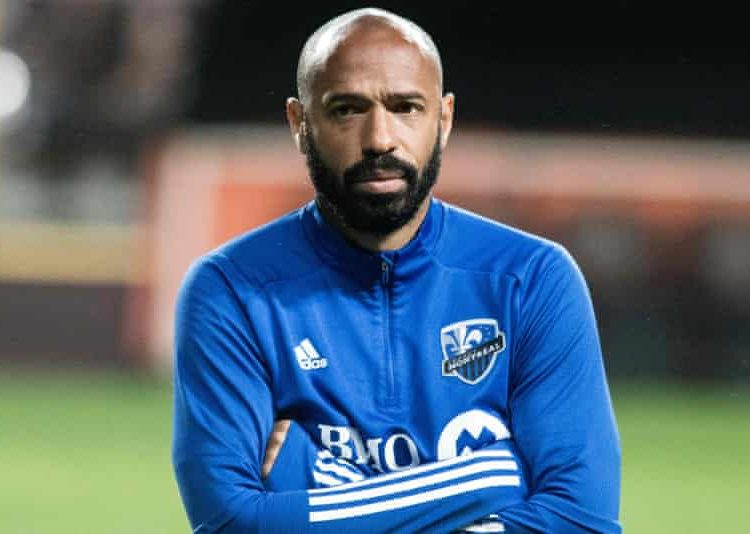 Former Arsenal, Barcelona and France striker Thierry Henry has stepped down as manager of Major League Soccer side CF Montreal for personal reasons.

The 43-year-old, who was recently on the shortlist to become the new manager of Championship club Bournemouth, had been in charge since November 2019.

Henry said it was “with a heavy heart” that he was leaving after “an extremely difficult” period away from his family.

“Due to the worldwide pandemic I was unable to see my children,” he said.

“Unfortunately due to the ongoing restrictions and the fact that we will have to relocate to the US again for several months (at least) [the situation] will be no different. The separation is too big a strain for me and my kids.”

Henry added that he will return to London and thanked Montreal for a “wonderful opportunity”, during which he led the club to the play-offs for the first time since 2016.

He previously spent three months in charge of French Ligue 1 side Monaco during the 2018-19 campaign, following a stint as assistant to Belgium boss Roberto Martinez.

Montreal director Olivier Renard said: “Thierry’s departure is unfortunate and premature because it was very promising, but he told me of his desire to find his family.

“I would like to thank him, first of all in human terms, because he showed the example last year by being away from his family, but also in sporting terms for what we have built together upon his arrival”.