Liverpool captain Henderson out until April after groin surgery 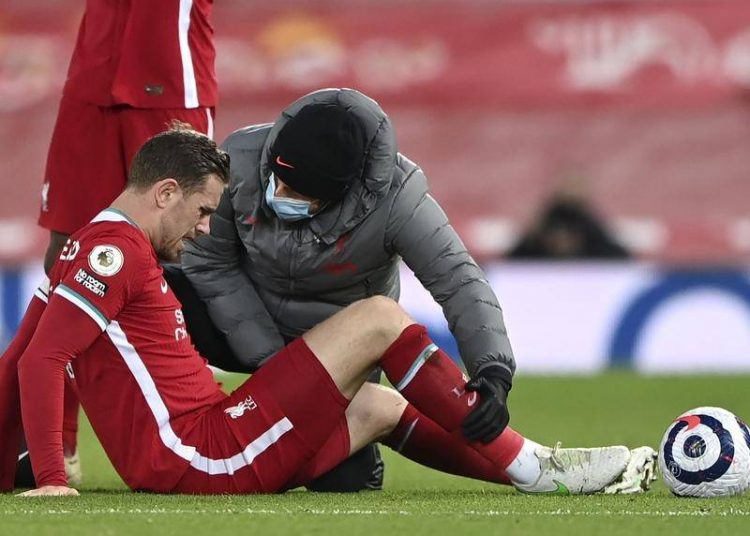 Liverpool captain Jordan Henderson has undergone surgery on the groin injury he suffered in the Merseyside derby and will be out until April at the earliest.

Henderson was forced off in the first half of Liverpool’s 2-0 defeat against rivals Everton at Anfield last Saturday and, after being assessed by the club’s medical staff, it was decided an operation was necessary.

A Liverpool statement read: “Following further assessment with the club’s medical team, Henderson has successfully had a corrective procedure carried out on the adductor injury. He will begin a rehabilitation programme immediately.

“No specific timescale is being placed upon his return; however, the 30-year-old is ruled out initially until after the March international break.

“Henderson’s recovery will be closely monitored by the club’s medical department and his progression during his rehab work will determine when he is able to resume full training.”

Henderson’s injury means Liverpool will certainly be without their captain for the Premier League fixtures against Sheffield United, Chelsea, Fulham and Wolves.

The news is yet another blow for Jurgen Klopp in a season in which injuries have hampered Liverpool’s attempt to retain their Premier League title.

Virgil van Dijk and Joe Gomez both suffered serious knee injuries before Christmas and are uncertain to return this season, while fellow centre-back Joel Matip will definitely miss the rest of the campaign due to an ankle injury.

That forced Klopp to move Fabinho and Henderson from midfield into the heart of his defence. However, Fabinho has been injured for most of the past month, and Henderson is now also ruled out.

Klopp is now left with January signings Ozan Kabak and Ben Davies, plus Rhys Williams and Nathaniel Phillips, as his fit central defenders. The quartet have 11 Premier League appearances between them.

U-20 AFCON: Making semis is a big achievement for me - Karim Zito