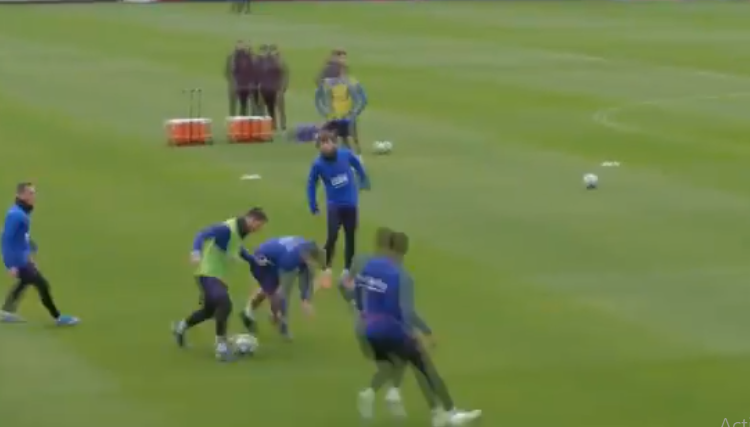 You would think that having been on the same side as him for years, Lionel Messi’s Barcelona teammates would be used to his on-field antics now.

However, footage from the Spanish giants’ training sessions proves that Messi isn’t any easier on teammates than he is on opponents during actual matches.

The video shows a typical training session for any side; players divided into teams and facing each other with the side that concedes making way for another. 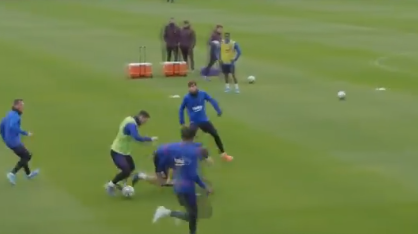 What was not typical, however, was how dominant one player was over his peers.

Like a cheat code from a FIFA game, Messi turned up his “humiliation slider” all the way up to 99 and took over, darting past his teammates – some of them Champions League and World Cup winners – with ease and finding the net even easier.

The six-time Ballon d’Or winner’s teammates, who were growing exasperated, however, couldn’t help breaking out in smiles whenever he would put the ball in the net.

It’s safe to say fans on Twitter were more than a little impressed:

You would think training with the GOAT, they’d be better individuals ffs 🤦‍♂️

This is bullying and abusing 😂 😂 😂

Imagine If He Played Against His Own Defense…