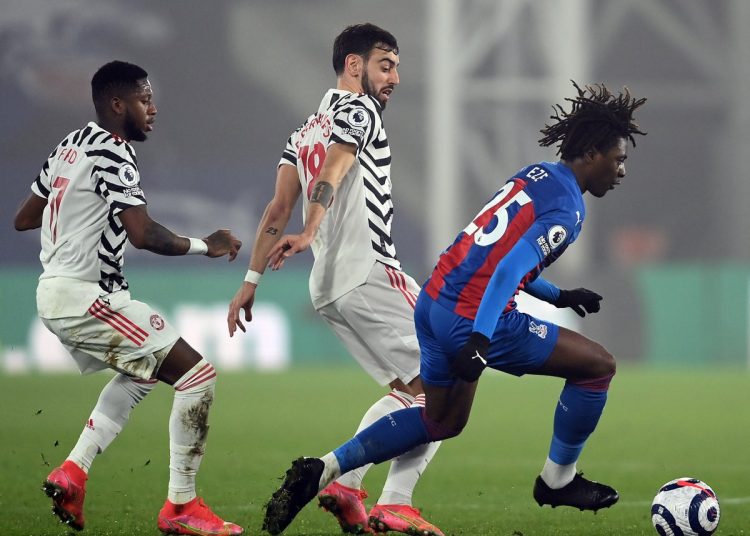 Manchester United’s already slim Premier League title hopes were dealt a blow as they were held to a goalless draw in a drab encounter at Crystal Palace.

The visitors dominated possession but struggled to create many meaningful chances, with Nemanja Matic going closest in the first half when he brought out a decent save from Vicente Guaita.

Palace did not manage a shot on target until early in the second half when Jordan Ayew fired straight at keeper Dean Henderson after a good one-two with Christian Benteke.

But the hosts almost pinched it right at the end when Patrick van Aanholt was put in on goal, but he was denied by Henderson.

The draw means Manchester United are 14 points behind leaders and local rivals Manchester City before the two sides meet on Sunday.

The point for Crystal Palace moved them on to 34 points and 11 points clear of the relegation zone as Roy Hodgson’s side edge closer to securing another season of Premier League football.