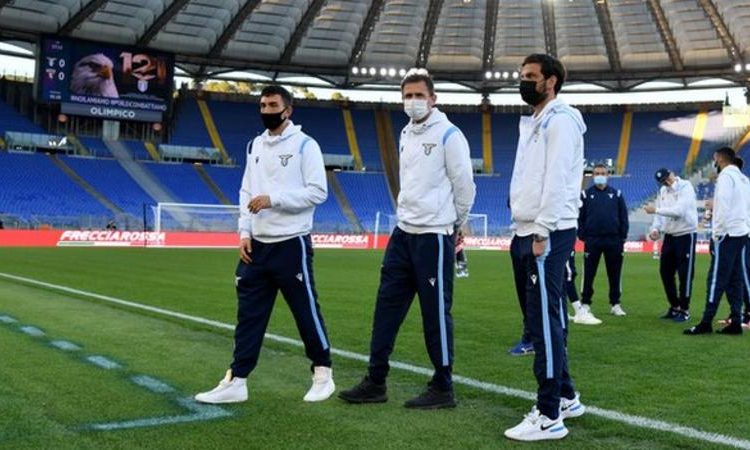 Lazio’s Serie A match at home to Torino ended in farce when the visitors failed to show up at the Stadio Olimpico in Rome because health officials requested the squad be quarantined.

With eight players testing positive for Covid-19, local health officials in Turin told the club not to travel.

The league wanted the game on, despite Torino’s match at Sassuolo having been suspended five days earlier.

Lazio turned up and named a squad, but their rivals remained 430 miles north.

It was not until 45 minutes after the scheduled 17:30 GMT kick-off that the game was abandoned, with the bizarre circumstances a repeat of Juventus’ match against Napoli, which was called off in October.

Under Serie A rules, Lazio are to be handed a 3-0 win for Tuesday’s match with Torino facing a one-point deduction.

Napoli, however, went on to win an appeal at the Italian Olympic Committee (CONI) over their point deduction, with a rearranged fixture with Juve then scheduled.

Torino, who have now not played since beating relegation rivals Cagliari 1-0 on 19 February, are next scheduled to play on Sunday at Crotone.

Lazio, beaten 2-0 by Bologna on Saturday after going down 4-1 at home against Bayern Munich in the Champions League last week, travel to Turin on Saturday to face Juventus.