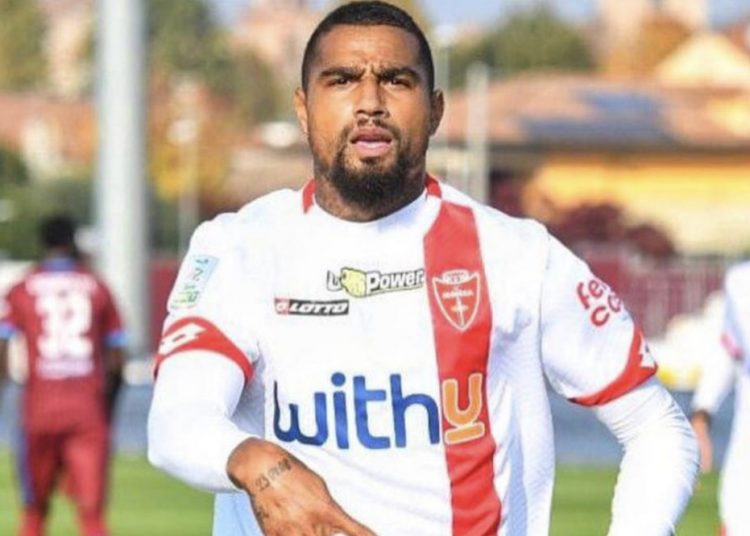 Ghana international, Kevin-Prince Boateng spoke of his regret over his conduct during his time at Premier League club, Tottenham Hotspur.

In an interview with La Repubblica, Boateng said he didn’t take his career seriously enough as a young player, particularly while he was at Spurs.

According to Boateng, despite his huge talent, he failed to make a significant mark in England because of his poor attitude on and off the field.

“I’ll go back and say: I didn’t treat football as a job. I was an idiot. I had talent, but I trained the bare minimum, an hour on the field. I was the last to arrive and the first to leave. I’d be out with friends. I had money, I lived like a king. I’d never been to the gym. That changes your later career,” he said.

He also spoke about his lavish lifestyle while in North London, including a 24-hour splurge on three luxury vehicles.

Boateng revealed that he purchased a Lamborghini, a Hummer and a Cadillac, all in a day, as he lived like a ‘king’, something he regrets now.

“I bought three cars in one day when I was at Tottenham: a Lamborghini, a Hummer and a Cadillac. To the youngsters, I tell them: “You cannot buy happiness”.

Family issues and trouble getting into Spurs’ squad, he explained, got to him, with the cars giving him some semblance of happiness at the time.

‘I didn’t play, I had family problems, I was out of the squad. I was looking for happiness in material things: a car makes you happy for a week. I bought three to be happy for three weeks.’

Quite the journeyman, Kevin-Prince Boateng’s travels across Europe have seen him play for a host of Europe’s top clubs including AC Milan, Dortmund and Barcelona.

He has also had stints at Las Palmas, Portsmouth and Schalke 04.

He’s won five trophies across his career including the League Cup at Tottenham and the La Liga title with Barcelona.