Kumasi Asante Kotoko have come out fighting, after former coach Maxwell Konadu released a statement on Saturday explaining why he will not return the Toyota Fortuner he was given for official use as head coach of the club, until Kotoko settle all arrears and compensation due him following his dismissal.

Kotoko terminated Konadu’s contract on December 17, 2020, one year into the two-year contract he signed in December 2019 to rejoin the club for a second spell. The reason for the contract termination was due to poor performance.

In Febuary 2020, Konadu wrote to the club demanding he be paid the sum of $36,000, being the total sum of the remaining 12 months of his contract. He further demanded Ghs 30,000 as the balance on his signing on fees, as well as $60,000 for general damages for breach of contract and unjustified termination.

Kotoko in a reply, said Konadu was only due three months salary in the event of a termination, per the dictates of his contract, as well as his outstanding signing on fee of Ghs 30,000.

The club also asked Konadu to return the vehicle given to him in his capacity as head coach, which was donated to the club by board member Kofi Abban and handed to Konadu by the club CEO.

According to a statement signed by the acting Communications Manager for the club, David Obeng, Kotoko attempted to make payments to Konadu per what they believe is due him (Ghs 80,500 in total), but he rejected the money, and stated in a letter that he would also not return the car until Kotoko have paid all monies due him ($87,000 in all).

Konadu has since reported the matter to the GFA’s Players’ Status Committee which is set to adjudicate the matter in the coming weeks.

For now, Konadu continues to keep the company car, while Kotoko insist they will not pay him what he is demanding.

Take a look at Maxwell Konadu’s letter to Kotoko: 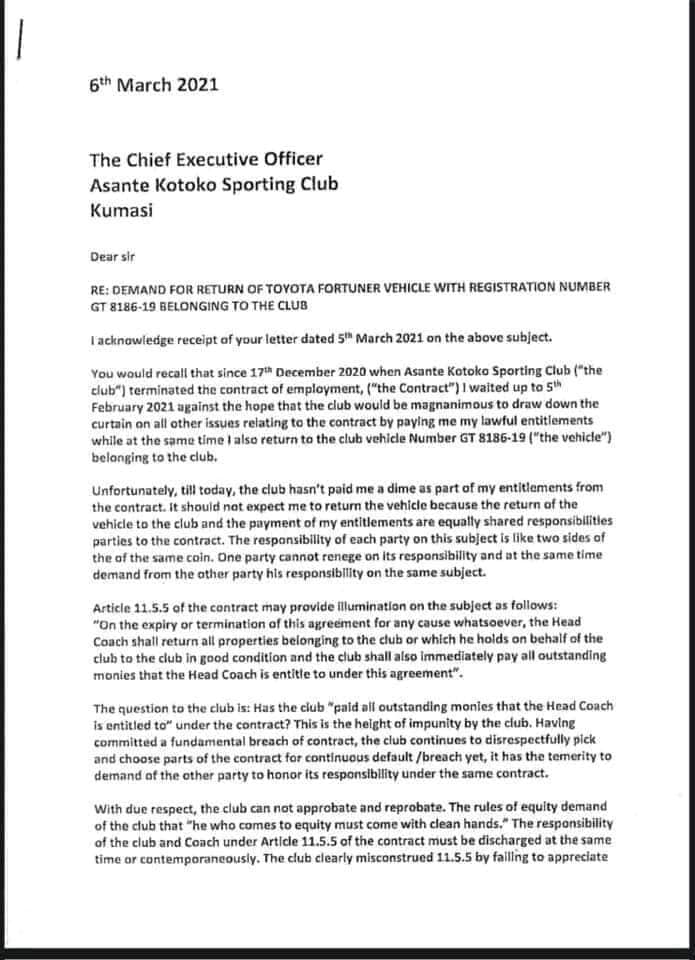 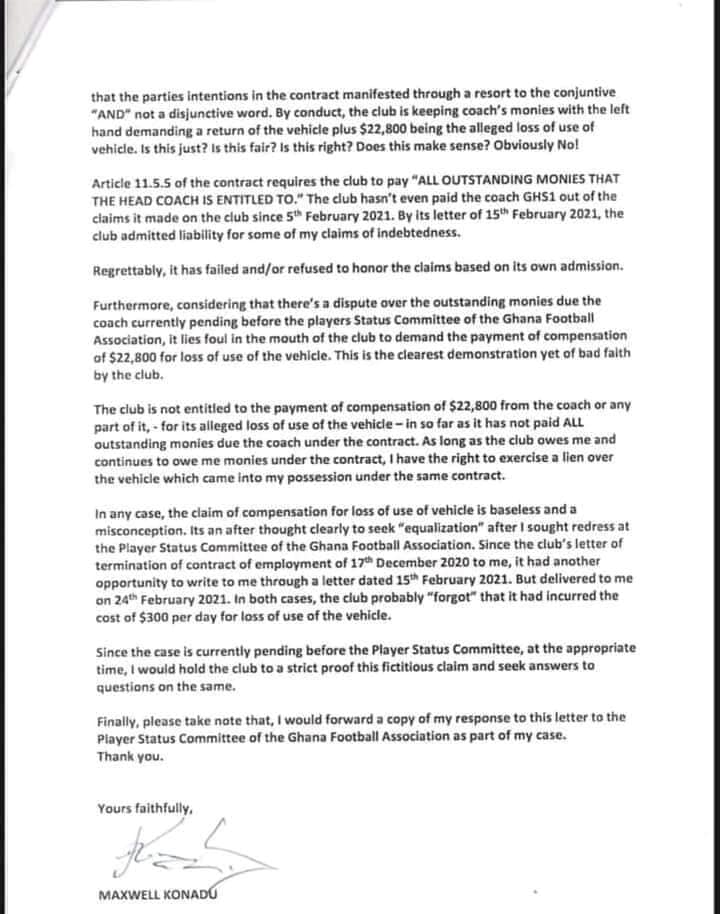