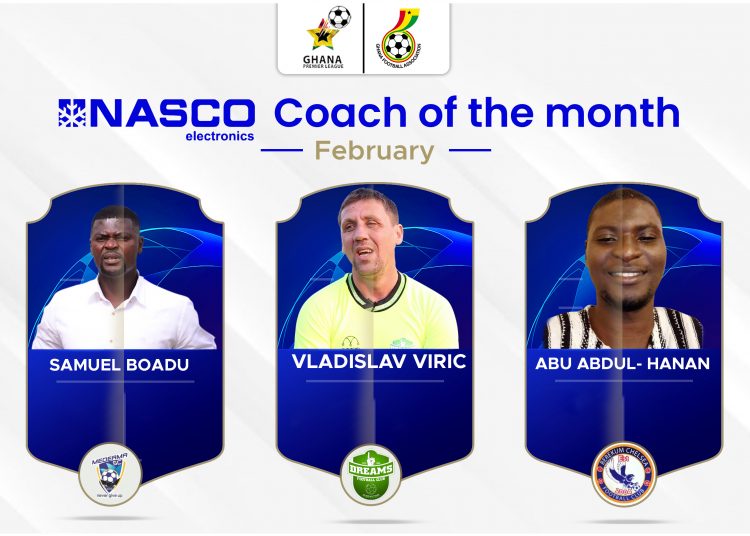 Samuel Boadu, Vladislav Viric and Abu Abdul-Hanan have been shortlisted for the Nasco Coach of the Month for February.

The three coaches were nominated for the award after following impressive performances of their clubs in the month of February.

Before moving to Hearts of Oak, Coach Samuel Boadu led Medeama SC to three wins and one away win in the month of February.

Dreams FC coach Vladislav got his second successive nomination after leading his side to three home wins and one away win.

Abu Abdul-Hanan of Berekum Chelsea also saw his side secure three home wins and a draw away last month.

Winner will receive a NASCO Television set and a personalized trophy.

Below are the nominees for the Coach of the Month- January

GPL 2020/21: Nominees for February Player of the Month

GPL 2020/21: Nominees for February Player of the Month