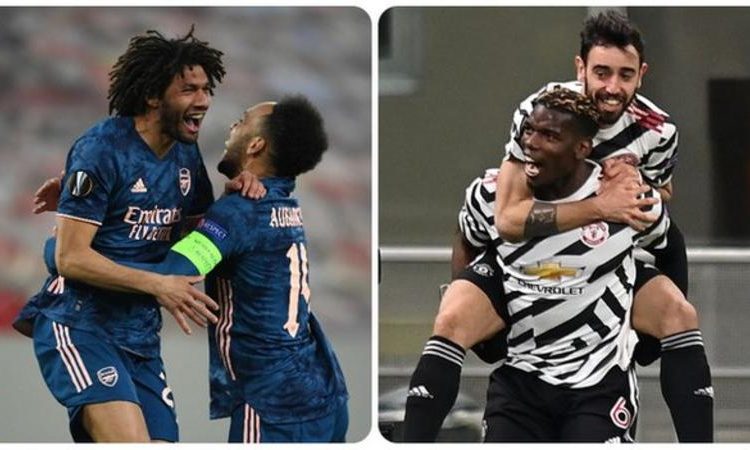 Manchester United have been drawn against Granada in the Europa League quarter-finals, while Arsenal will face Slavia Prague.

Ajax have been drawn against Roma, while Dinamo Zagreb play Villarreal.

In the semi-finals, the winner of the Granada v Manchester United tie will play Ajax or Roma and Dinamo Zagreb or Villarreal will play Arsenal or Slavia Prague.

The two-legged quarter-final ties will be played on 8 and 15 April.

The semi-finals are scheduled for 29 April and 6 May.

The draw means Manchester United and Arsenal could play each other in the final, which will take place in Gdansk, Poland on 26 May.

The Gunners were involved in the last all-English Europa League final against Chelsea in 2019, with the Blues winning 4-1 in Baku.

Granada are playing in Europe for the first time and their last-eight tie against Manchester United will be their first meeting with English opposition.

The Red Devils are one of only two previous winners left in the competition along with 1992 champions Ajax, who United beat in the 2017 final.

Slavia Prague meanwhile have been drawn against a British club for the third time this season having beaten Leicester and Rangers in the previous rounds.