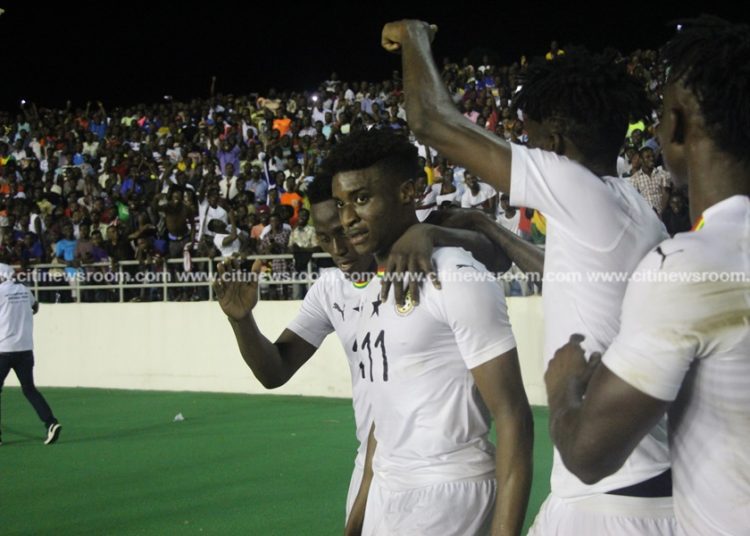 Kudus Mohammed celebrating his goal in his debut against South Africa

Black Stars head coach, Charles Kwablan Akonnor will be able to field Ajax starlet Kudus Mohammed in a competitive match for the first time since he took the top job.

Kudus was called up to Akonnor’s Stars side for the double-header against Sudan but missed both games through injury.

With the player having returned to the squad for the game against South Africa later today, Akonnor will now be able to call one a player who made his national team breakthrough against this same side a year and a half ago.

C.K himself will be pleased with Kudus’ return to the side, having personally been involved in the player’s impressive Black Stars debut.

Then the assistant to head coach Kwesi Appiah, Akonnor had been ditched by Kumasi Asante Kotoko earlier that year, despite leading the club to success in the NC Special Competition.

Against South Africa in Cape Coast, Akonnor was a little more active than most assistant coaches on the touchline, barking out instructions to the subs as they warmed up and was constantly in the ear of Kwesi Appiah, offering nuggets of wisdom to the head coach.

In the second half, with Ghana 1-0 up and searching for a second goal, CK approached Kwesi Appiah after observing play for a while.

Appiah was standing by the touchline giving some instructions to passing players when CK got his attention and spoke to him.

Having apparently got the coach’s approval, he returned to the technical area and approached the players who were warming up, including Kudus Mohammed.

He singled out the 19-year-old and spent a few minutes grilling him, obviously prepping him to come on and personally saw him through the rest of his warm-up.

Kudus Mohammed is preparing to come on for his debut here…

After a few more words to the player, Kudus came in for Alfred Duncan and made his mark almost immediately, picking up the ball in midfield, striding forward, cutting onto his right foot and firing into the top corner. 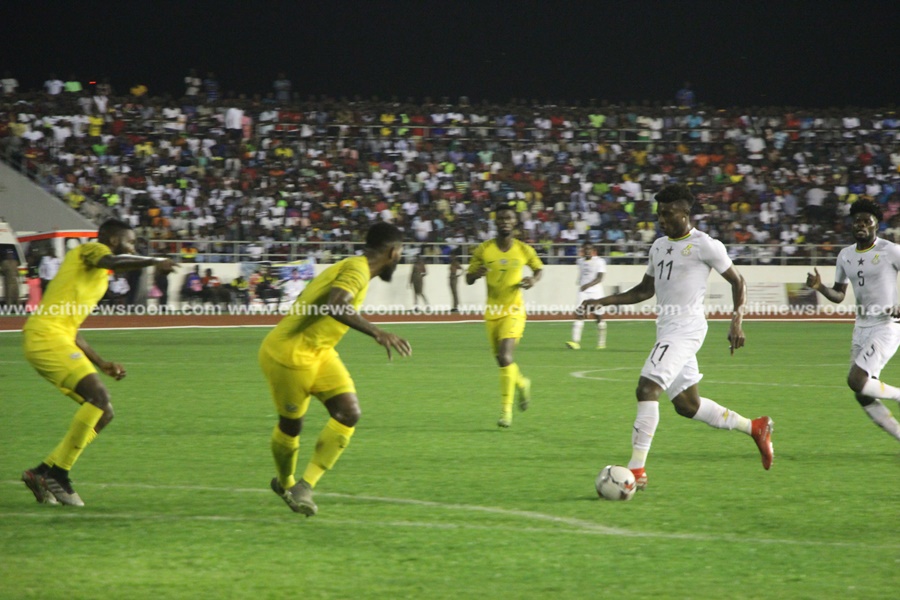 Talk about making an instant impact!

After the game, Kwesi Appiah had some praise for Akonnor.

“For me, it’s the assistant coach that does most of the work. As a head coach sometimes your mind is all over the place. This is where you need the assistant to assess the game because he knows your gameplan.”

With Ghana seeking to secure a place at the next AFCON today, Akonnor will be hoping that Kudus will make a similar impact against South Africa, this time as one of the key members of the Black Stars squad.

What a win, draw or loss against South Africa would mean for Ghana’s AFCON hopes

What a win, draw or loss against South Africa would mean for Ghana's AFCON hopes