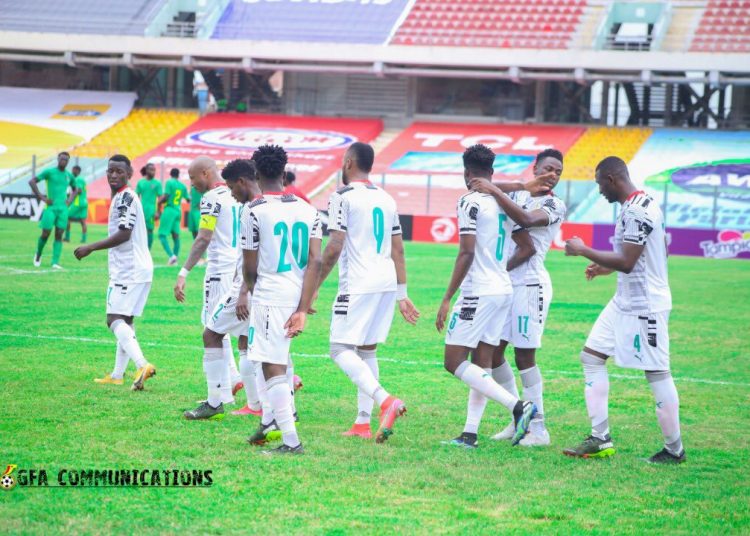 The Black Stars of Ghana ended their 2021 Africa Cup of Nations qualifiers on a high note, beating São Tomé and Principe 3-1 at the Accra Sports Stadium on Sunday, March 28, 2021.

Nicholas Opoku, Jordan Ayew, and Abdul Baba Rahman were the goal scorers for the Black Stars, with Mohammed Kudus also in fine form once again for the side.

The Black Stars got off to a bright start, controlling the affairs of the game from the very first whistle of the clash. The team was rewarded for its efforts as Amiens centre-back, Nicholas Opoku headed home from Kudus’ corner for his first-ever international goal. 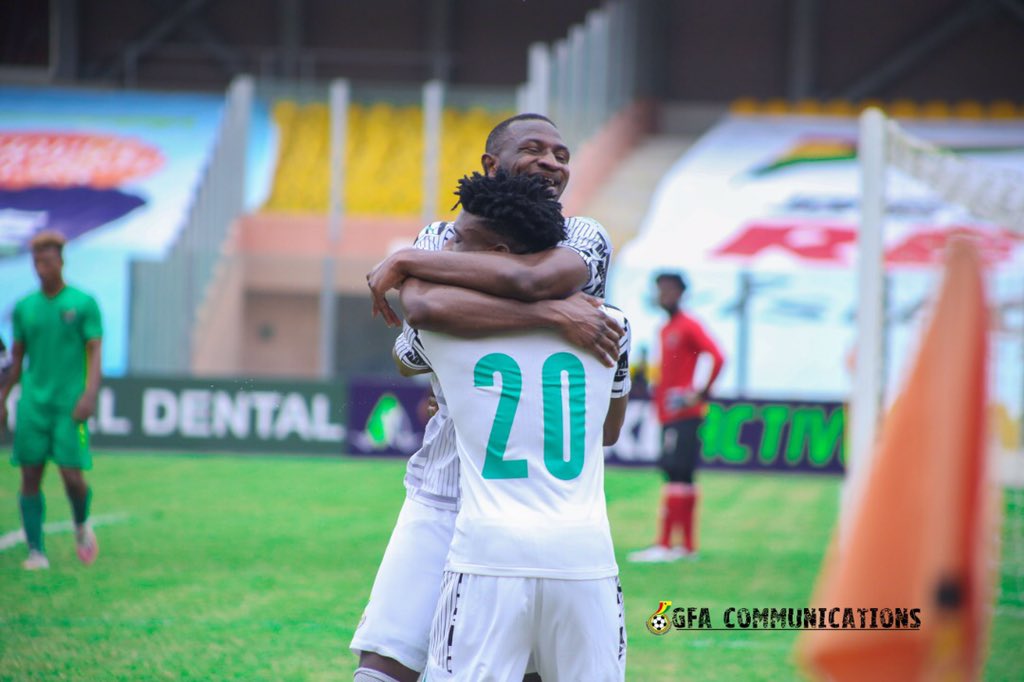 Some intricate passes after a long period of dominance led to Ghana scoring the second goal of the contest. Crystal Palace forward, Jordan Ayew was tripped in the 18-yard box, stepped up and slotted home the resultant penalty kick. 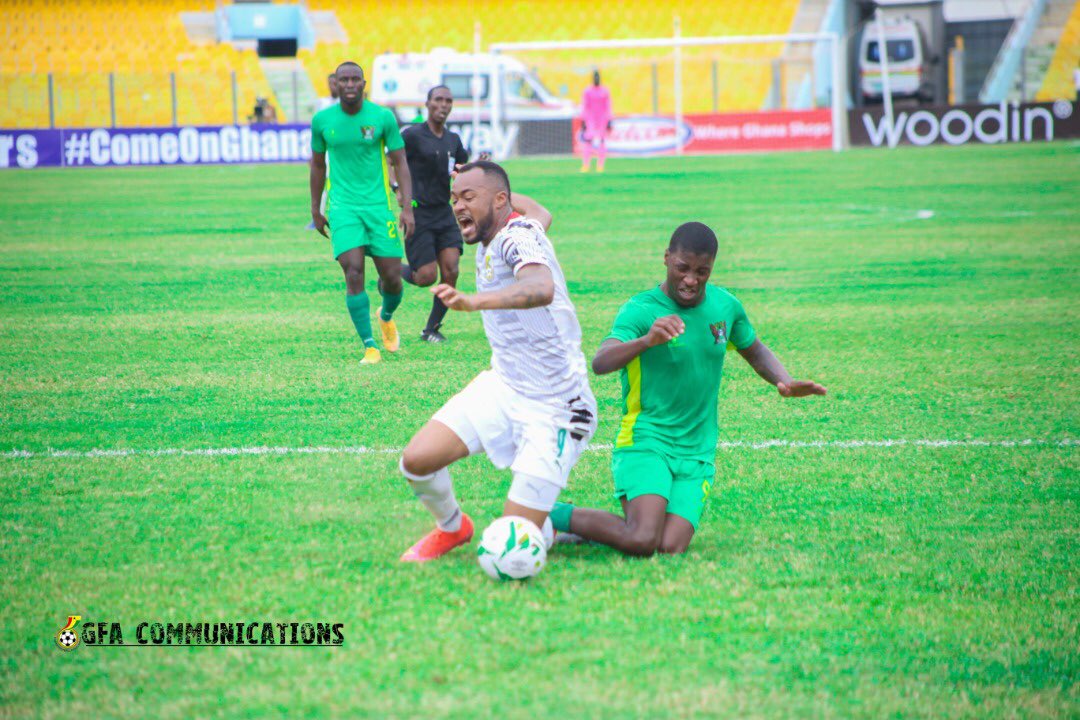 The Black Stars headed into the tunnel for the first half, in a comfortable 2-0 lead, and in cruise control of the game.

It was more of the same for the Black Stars in the second half as Abdul Baba Rahman grabbed his first Black Stars goal, calmly placing the ball on the blind side of the São Tomé and Principe goalkeeper.

C. K Akonnor gave a shot to Gladson Awako in the course of the game and the midfielder did not disappoint, as he looked very comfortable and lively, distributing passes and making darting runs to provide more width for the Black Stars. Kotoko’s Ibrahim Imoro was also given his chance in the dying embers of the game.

With a clean sheet in sight, a moment of madness saw São Tomé and Principe grab a consolation goal. Goalkeeper, Razak Abalora in an attempt to locate Ibrahim Imoro only found the feet of Jokceleny Fernandes Carvalho who fired the ball into the empty net.

In the other Group C encounter, Sudan stunned Bafana Bafana of South Africa, beating them 2-0 to secure qualification to the 2022 continental competition.

The result means that the Black Stars of Ghana finish the qualifiers on top of Group C with 13 points followed by Sudan and South Africa with São Tomé and Principe sitting at the bottom of the group.