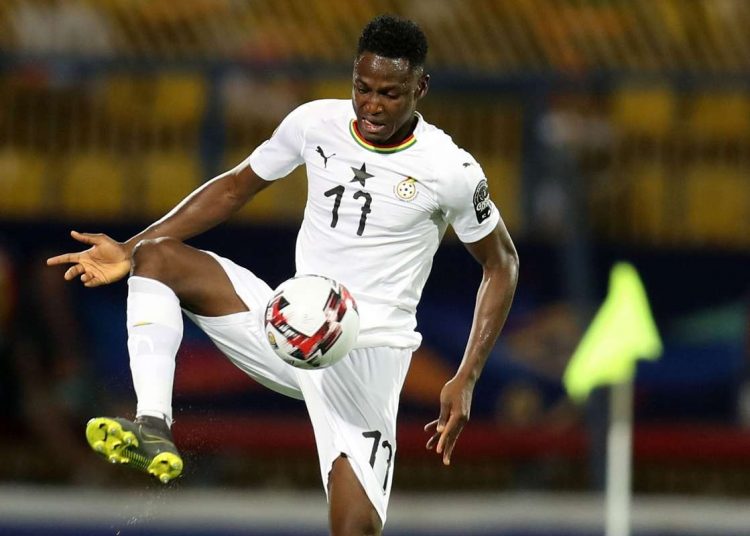 Ghana and PAOK defender Baba Rahman has confessed that he is still dealing with the after effects of the ACL injury he suffered in 2017.

Rahman revealed that he is always left feeling emotional when he sees other players fully utilizing their potential on the football pitch while he remains constrained by his past injuries.

The once highly touted youngster has become a journey man following a ligament injury suffered at Afcon 2017 while playing for the Black Stars of Ghana.

He went from a making a high profile move to Chelsea under Jose Mourinho in 2015 to playing for three different clubs within a four year period.

Reminiscing on the situation after scoring his debut goal for the Black Stars against Sao Tome and Principe he confessed that he eagerly wants to fully recover.

“Up till now I still feel sad when I see someone with good legs and knees doing everything they can on the pitch because I have got some limitations.

It makes me really sad but I know I can overcome all this.

If you have a ligament damage and you get it reconstructed you will be the same again.

It might take some years to get back to who you were but sometimes you might never get there,” he told footballmadeinghana.

He was the subject of a lot of criticism during Ghana’s Afcon qualifiers against South Africa and then against Sao Tome and Principe.

Head coach of the team C.K Akonnor wants patience for Rahman as he attempts to rediscover his old form.