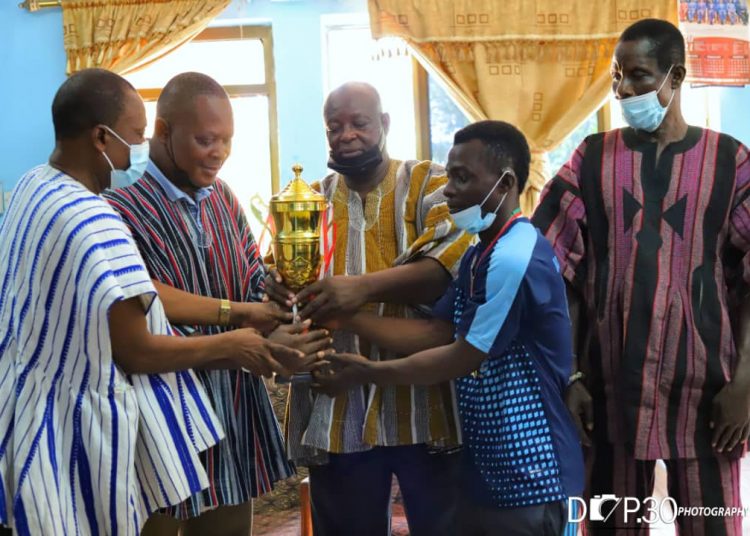 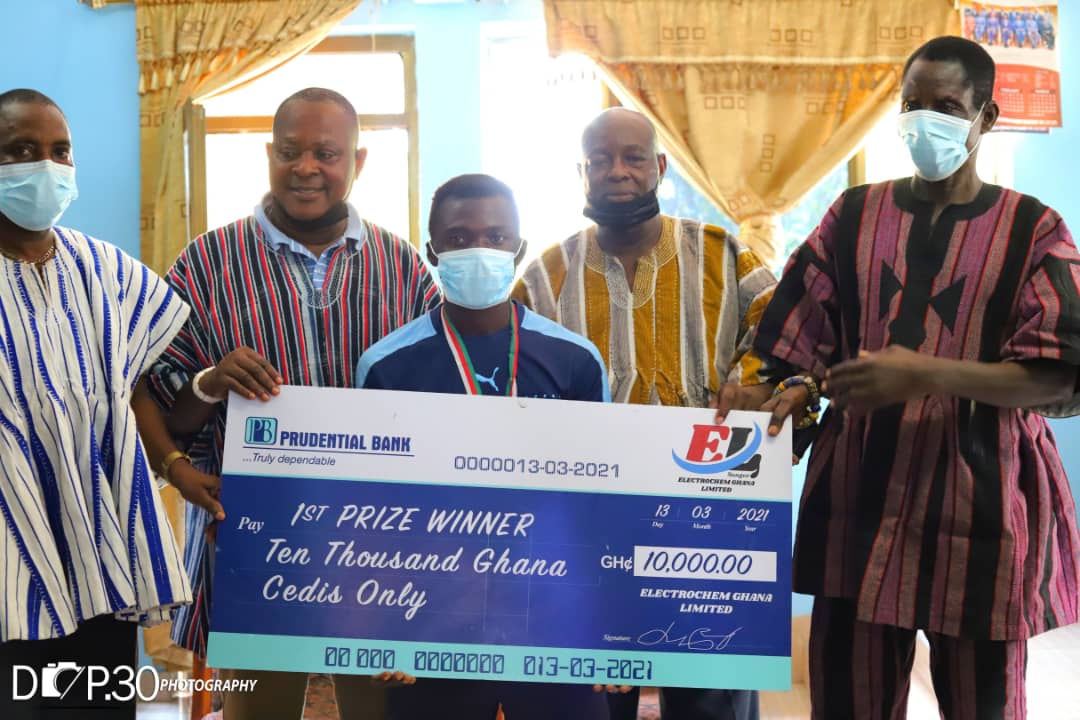 The trophy with a cash prize of ten thousand Ghana Cedis awarded to the team was presented to the paramountcy and later sent to Ajumanikorpe in the Ada West District.

The tournament which was on the theme: “Uniting the youth for massive development and employment in Ada” was sponsored by the Electrochem Ghana limited with five teams selected from each of the Ada East and West districts.

The Ajumanikorpe team from the Ada West District were crowned winners of the one-day youth tournament with Tama Wonders from Tamatoku in the Ada East District as first runners-up.

Mr. Adzoteye Lawer Akrofi, acting District Chief Executive of the Ada West District who led the team to the paramountcy told Nene Agudey Obitchereh ll, manklalo of Ada who represented the paramount chief that, the team won the competition on the 13th of March 2021 at the La Town Park and saw the need to present it to the paramountcy.

“McDan promised to construct a FIFA recommended AstroTurf for each of the districts and so he organized this tournament to introduce some players to the field, for some experience.” He said

Nene Agudey Obitchereh ll, Manklalo of the Ada Traditional area who received the trophy on behalf of Nene Abraham Kabu Akuaku lll, congratulated the team and asked them to forever make Ada proud.

“You have really made us proud just like Christian Atsu who is also a native, and we want to see more Michael Essiens, Stephen Appiahs, Messi and other great footballers among you right after your AstroTurfs are completed.”

Asafoatsengua Buertey Okumko Obuampong IV, Warlord of the Adibiawer clan who was part of the elders who received the team asked the players to remain humble and submissive to their coaches and managers to help them go far in their football careers.