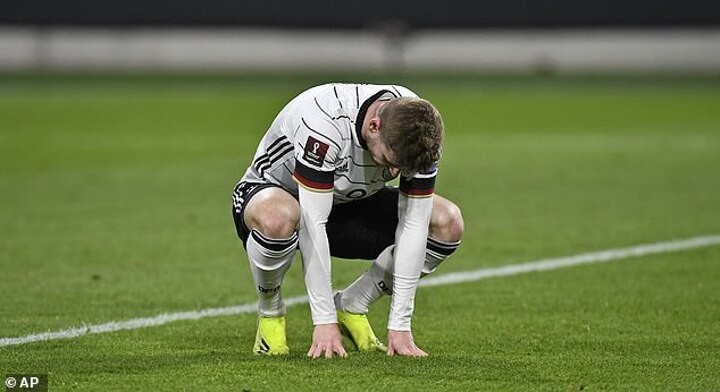 Timo Werner hasn’t exactly played the best football of his career this season.

Expectations were dizzyingly high when Chelsea signed the German forward on the back of an incredible campaign that saw him compete for the European Golden Shoe with RB Leipzig.

However, sadly, Werner’s first season at Stamford Bridge has drawn more comparisons to Fernando Torres and Radamel Falcao than it has Didier Drogba and Diego Costa.

Don’t get me wrong, some of the criticism surrounding Werner has been hyperbolic, but there’s no getting away from the fact that five goals in 28 games isn’t good enough in the Premier League.

And it’s clear that the German is distinctly lacking in confidence because the same hesitancy in front of goal that has plagued his time at Chelsea was on display during his international duties.

That’s because Werner produced arguably his worst miss of a campaign that has been littered with bungled opportunities during Germany’s clash with North Macedonia on Wednesday night.

Besides, Germany looked to have put themselves in a tantalising situation when they galloped through on goal with Werner lurking in space and seemingly poised to find the empty net.

But when the ball fell to Werner with all the hard work apparently in the bag, he got his feet mixed up at the crucial moment and watched in horror as the ball bobbled wide – check it out: