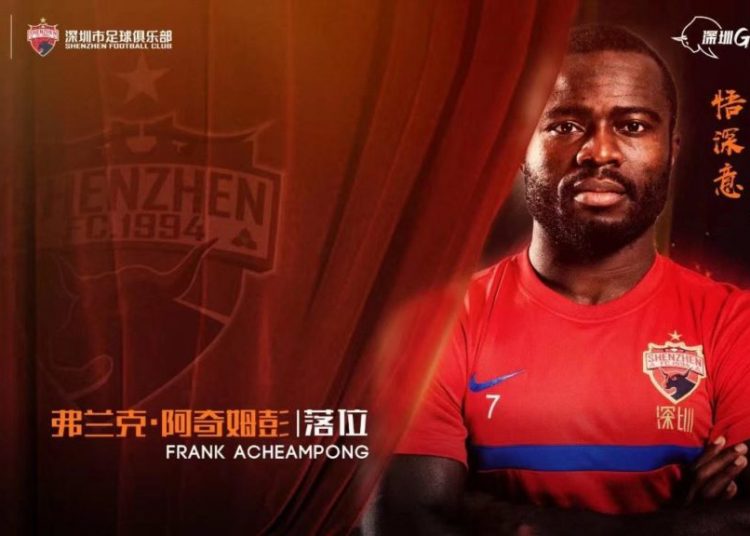 The 27 year old has signed a four year deal with the wealthy Super league side after leaving Tianjin Teda at the end of last season.

This will be Acheampong’s fourth year in the Chinese Super League after joining from Anderlecht back in 2017.

He has made 78 appearances in the Chinese Super League since his arrival, scoring 30 goals and providing 18 assists.